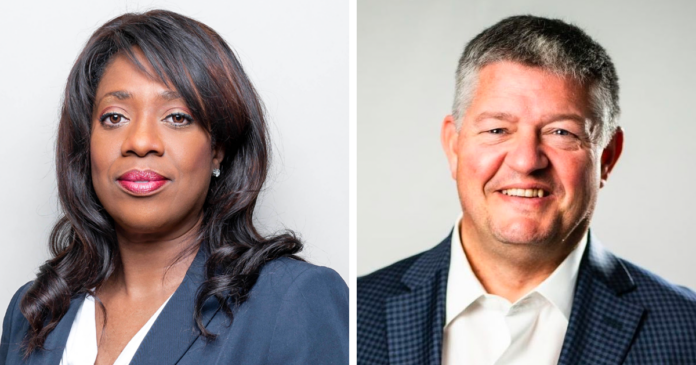 Conservative leadership candidates Leslyn Lewis and Scott Aitchison are exchanging jabs at one another over an email the Lewis campaign sent referencing the Nuremberg code.

In the campaign email, Lewis explains the Nuremberg code was created to prosecute Nazi doctors conducting unethical human experiments and goes on to list its ten principles.

She claims that Canada has been a historical violator of the Nuremberg code concerning experiments conducted on First Nations peoples, as well as the U.S’s Tuskegee experiments on black people.

Lewis says that “the Canadian nutrition experiment on Indigenous people” should “remind us that even in modern times the tenets of informed consent and voluntary participation in scientific experiments, can be easily undermined by even our modern governments.”

Responding to Leslyn, Aitchison asked why she would bring up the Nuremberg code and relate it to the challenges Canada currently faces. Aitchison also pointed to the Liberal government’s funding of an antisemitic consultant for anti-racism training, saying the Conservatives should aim to do much better.

He then alleged that Lewis was attempting to court people who believe that the imposition of Covid mandates and the general rollout of Covid-19 vaccines parallel the horrid human experiments by Nazi doctors.

“Leslyn’s email was a dog whistle to these people so loud that it sounds more like a freight train’s horn,” says Aitchison.

“Let me be clear — being offered a vaccine that prevents serious illness and our governments’ responses to this pandemic are not the same as being tortured in a Nazi concentration camp.”

Many opponents to the Covid vaccine have alleged on social media that Canada’s provincial and federal governments have violated the Nuremberg code.

While Aitchison still decries the Trudeau government’s vaccine mandates as being “unscientific,” he blasted Lewis’s message as untrustworthy and reliant on “misinformation.”

Only a few hours after the Aitchison campaign’s email, the Lewis campaign struck back with an email of their own titled “I’m being cancelled.”

Lewis made clear that she didn’t appreciate Aitchison comparing her to a radical antisemite as she asserted her authority on the matter of racism given her black heritage.

On her being a Covid-19 conspiracy theorist, Lewis pointed out that her original email didn’t mention Covid-19 once.

“Scott accused me of comparing COVID to the Holocaust. This is outright misinformation,” says Lewis.

“He called me a racist for his own political gain. He diminished my existence as a Black woman who has endured racism, and rose above it all. I have been one of the most vocal voices on medical freedom, informed consent, and the mandates in our caucus.”