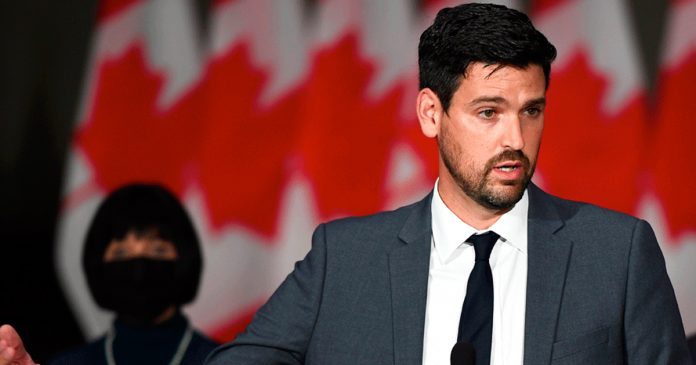 The Trudeau government says it will exceed its goal of 430,000 new permanent residents for this year.

According to Immigration Minister Sean Fraser, Canada saw over 275,000 permanent residents by the end of July.

“This puts us well on track to exceed our goal of 431,000 permanent residents over the course of this year,” Fraser said.

“What we’re seeing right now is a record number of cases come in for applications and record productivity. But still the demand is exceeding our processing capacity for the time being.”

To deal with the surge in new immigrants, the federal government wants to hire 1,250 new immigration officers.

A recent report by Statistics Canada shows that a population increase due to immigration could have severe implications for housing and health care in Canada.

Researchers predict the Canadian population will reach 57 million by 2068 which will inevitably have an impact on the availability of housing, experts say.

“I certainly think we should be able to plan for this level of growth that we know is coming. It absolutely will be a challenge to house this many people,” said Western University Ivey Business School professor Mike Moffatt.

“We need to make sure that we build homes at all price points in order to accommodate a growing population.”

“I think most provinces shouldn’t have too much of a problem accommodating for this (population growth). It’s mostly just Ontario and B.C. that I’d be worried about.” Moffatt said.

“Alberta has done a reasonably good job of building enough housing for a growing population. Alberta has been growing quite rapidly over the last few decades and they’ve been able to keep the housing supply up. There’s been issues around land use and environmental issues, but just from a sheer numbers point of view, they’ve been able to do that.”