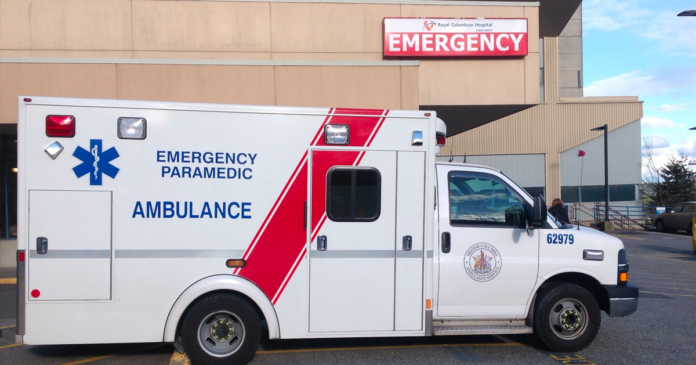 A British Columbia family is grieving after losing an eight-month-old baby because there was no ambulance available to deliver the child to a hospital or provide immediate medical care.

Details are scant but the baby is said to have died in the BC Interior near Kamloops.

According to the President of Ambulance Paramedics of BC Troy Clifford, the incident was a “worst case scenario” as the province struggles to deal with a health care staffing crisis.

“I’m not sure of the exact location, but I understand they were in the vicinity of Kamloops when the call came in,” Clifford told CTV News.

“That’s absolutely tragic in this situation that we didn’t have an ambulance available for somebody in their time of need.”

According to local mayor of Barriere Ward Stamer, the victim was Indigenous.

“It wouldn’t surprise me if we didn’t have ambulance service on Thursday night, because we’ve got some significant gaps in service,” said Stamer.

“We know of instances where people have had serious issues and have died because the ambulance wasn’t there in other communities. I don’t want us to be in that situation, second-guessing, when we should have that level of support that everyone in the province deserves.”

The BC Emergency Health Services has said its investigating the incident and claimed that while the nearest ambulance was dispatched to the location it did not make it in time.

“Our deepest condolences go out to the family and the community at this heartbreaking loss,” a statement read.

“The closest available ambulance was immediately dispatched, and local firefighters were requested to assist. We have opened a review and will be working with the Patient Care Quality Office to reach out to this family to answer any concerns or questions they have.”

There have been several other recent cases where people have died in BC while waiting for an ambulance to arrive.

Earlier this month, a man died from a heart attack only 200 metres away from an ambulance station, however, the ambulance didn’t arrive for another 29 minutes.

BC is currently facing a confluence of different factors impacting its health care system. Currently, there is a severe family doctor shortage and emergency rooms are closing throughout the province.