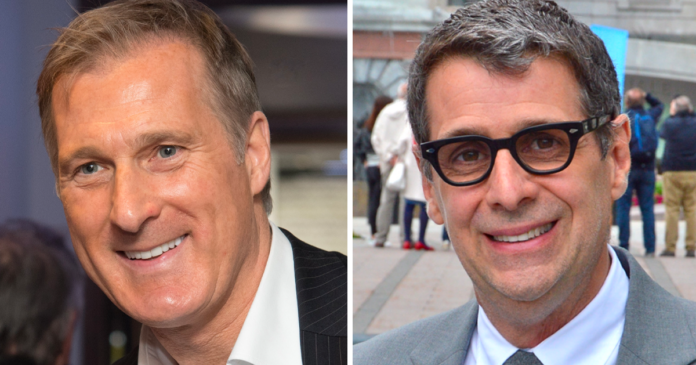 Speaking in French with Radio Canada, Bernier said, “when I look at the platform of the Conservative Party of Quebec, personally, it is certain that I will vote for Eric Duhaime.”

Bernier added that he and Duhaime “have several issues in common, but above all the philosophy of believing more in individuals than in states.”

Both men have opposed heavy-handed government pandemic measures – such as lockdowns, curfews, mask mandates, vaccine passports and other restrictions.

Bernier also stated that the PPC and PCQ both believe in less government interference and increasing the role of the private sector in health care.

While Bernier is supporting Duhaime’s Conservatives, the PPC will remain neutral and won’t ask its members to vote for the PCQ.

“We advocate freedom and individual responsibility, so there is no position to support one party or another,” said Bernier.

In response to Bernier’s endorsement, PCQ spokesperson Cedric Lapointe told Le Soleil that Duhaime “does not want to interfere in federal politics. He is focusing all his efforts on the provincial election campaign.”

“Eric is a member of the Conservative Party of Canada, but he believes that everyone is free to choose which political party they vote for,” added Lapointe.

Duhaime held a large campaign event in Bernier’s former federal riding of Beauce Saturday. He says 1432 people showed up for the event – in a town whose population is just over 6000.

In addition to getting a large crowd, 338Canada currently shows the provincial ridings of Beauce-Nord and Beauce-Sud as toss-ups between Duhaime’s Conservatives and Premier Francois Legault’s Coalition Avenir Quebec (CAQ).

The CAQ enjoyed decisive victories in both ridings in the 2018 provincial election – the CAQ is currently leading by small margins.

Duhaime’s PCQ was also the first party to have officially presented a full slate of candidates for the election – 125 candidates.

Quebec voters will head to the polls on Monday, October 3.