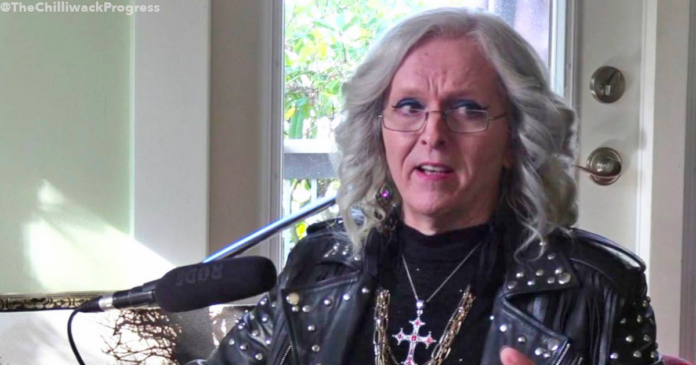 A British Columbia-based transgender activist warned parents they need to be paying closer attention to what’s going in Canadian schools considering a disproportionate number of “vulnerable children” are identifying as transgender.

“A lot of these people (kids identifying as trans) come from difficult backgrounds and have psychological issues,” Jenn Smith told a GTA-area forum Sunday titled Protecting Women’s Spaces in the age of Transgenderism, which was hosted by The Democracy Fund.

Smith, a 57-year-old child protection advocate, says frightening statistics from B.C. show that half of the 1,000 young patients seen by the province’s leading gender psychologist come from the foster system.

About 7.7% of all children in care in B.C. identify as transgender – extremely high considering only 1 in 300 in Canada consider themselves transgender.

She says that as a child of the foster system herself, she can understand how these kids might be looking for a new identity. Many suffer from autism, in addition to all kinds of psychological issues.

“A lot of these people come from difficult backgrounds and have psychological issues,” Smith said.

The trans activist has been speaking out about the dangers of trans ideology and the use of   harmful pharmaceutical drugs on children for six years.

“Schools have romanticized the transgendered ideology while ignoring that kids (who transition) can end up sterilized for life,” she said.

Needless to say, Smith’s talks have stirred up controversy, with hundreds of protesters attending and six universities and colleges refusing to allow her to speak on campus.

One concept that no doubt triggers the radicals is her “old school” view that women are adult human females – and that she, herself, is a biological male.

That has become a “bone of contention,” she says, because the term woman is now being used to refer to trans women who “identify as female.”

“Transgenderism is not a biological thing…there are very significant biological differences between men and women,” she said.

“Although I support transgendered rights, I’m kind of old school… I never thought I could be a woman.”

Smith admits it’s been a “struggle” to even educate people about what’s going on with vulnerable students and what the school boards are doing to push gender ideology.

She said she’s spoken to a lot of school boards over the years but there’s a “great deal of resistance in the education system.”

I mentioned to her about what’s happening with trustees at the Waterloo Region District School Board who are facing three lawsuits for trying to silence and cancel black trustee Mike Ramsay and 20-year teacher Carolyn Burjoski – both of whom raised valid concerns about indoctrinating young students about gender ideology and critical race theory.

“Some (school boards) will listen ‘begrudgingly’ … very few are receptive and many try not to discuss the issue at all,” she said. ”Far too many school boards refuse to talk to me, not even for 10 minutes.”

She advises parents to “stay with it” and become the kind of presence (in numbers) at school board meetings that trustees won’t be able to ignore.