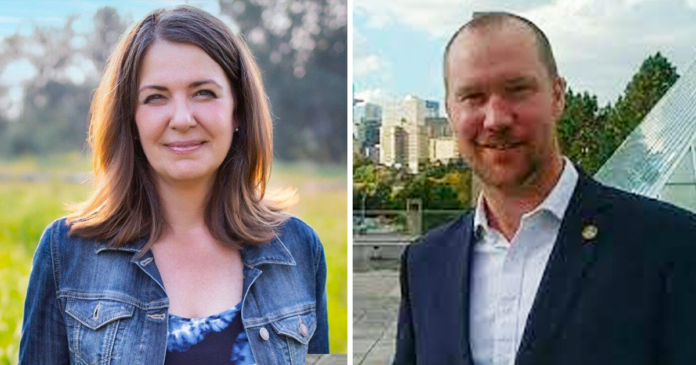 United Conservative Party (UCP) leadership candidate Danielle Smith says she will not engage in cancel culture after a member of her campaign staff was harassed following reports he used to be a Liberal and NDP candidate.

The National Telegraph on Sunday reported that Smith’s campaign manager for northern Alberta, Mike Butler, is a former provincial and federal NDP and Liberal Party candidate. The article includes a photo of Butler’s business card, which includes his name, title and phone number.

Smith said some leadership campaigns are targeting her campaign staff and volunteers with online abuse for political purposes.

“We will not engage or participate in this kind of cancel culture tactic,” she said in a statement to True North. “Albertans from all walks of life and backgrounds have volunteered their time and efforts to this movement and we welcome them.”

The Telegraph also reported on Butler’s comments from February 2021, in which he praised the performance of the British Columbia NDP while stating that he is still a “strong federal Liberal.”

“I want to thank the BC NDP for handling this pandemic responsibility with positive effects for everyday people,” Butler said at the time. “I am obviously a strong federal Liberal and proud of the hard work our Prime Minister and government [that] has really been there for our family.”

Ralph Ambrose, who makes videos commenting on political discourse in Alberta and Canada, posted a video about trusting politicians. He recapped Butler’s role in politics and the Smith campaign and included a photo of Butler’s business card.

The video was posted Sunday morning and had been viewed 26,000 times by publication deadline on Monday.

Ambrose regularly makes posts against Smith and in support of Brian Jean. The Jean campaign said Ambrose has supported Jean over the years, but has no formal role in the campaign.

“Your fundraising money is being spent on NDP supporters,” he said to viewers.

Smith told the National Telegraph on Saturday that her campaign manager Matthew Altheim does all the hiring and said “we are trying to build a big tent here.”

In an op-ed published in the Western Standard on Monday, Butler explained he used to support Trudeau, but his political views changed during the pandemic. He said he realized civil freedoms are of the utmost importance to a healthy democracy and that liberty matters to him.

He also said he felt “isolated and locked down” after refusing the Covid-19 vaccine.

“Because I am supporting Danielle Smith, people supporting other campaigns have been trying to cancel me in the last couple of days,” he wrote. “In fact, some have plastered my cell phone number all over social media in an effort to dox me. I feel this goes beyond what is reasonable to do.”

Smith said her campaign will not be commenting further on internal campaign volunteers and staff going forward.

“We are focused on the issues members and Albertans care about rather than political hatchet jobs on volunteers and staff.”

Recent polls have placed Smith ahead of her six opponents. UCP members will elect a new leader and Premier on October 6.