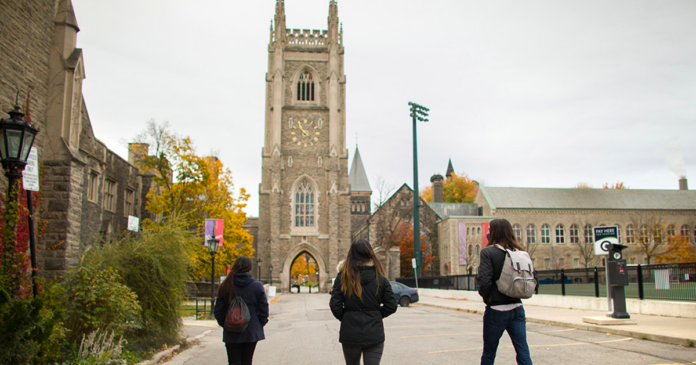 According to Bloomberg, Toronto has one of the tightest rental markets of major North American cities. The vacancy rate of condos that make up the bulk of new Toronto rentals is just 1.6%.

The monthly price of an average one-bedroom apartment in Toronto currently sits at $2,269 – a 20% increase from last year amid a lack of supply and a higher demand.

Covenant House Toronto youth shelter executive director Mark Aston told Bloomberg he believes students now make up around one-third of the people who use his shelter – with the figure set to possibly increase amid soaring rent. In 2019, students made up 26% of the shelter’s residents.

“It’s very much a trend that has mirrored the affordability issues with rental housing in Toronto,” he said.

Aston recalled a day where a Toronto Metropolitan University (Ryerson) mechanical engineering student walked into the shelter seeking help. She had a conflict with her family and lacked the money needed to afford a place in Toronto – forcing her to use the shelter.

“I was astounded for a whole number of reasons,” Aston told the outlet. “One, that somebody could actually have that much turmoil going on in their life, that much instability, and yet continue to perform and stay in a really high-demand course.”

Meanwhile, the case manager of Horizons for Youth Sara Jaggernauth told Bloomberg that the average stay at her shelter has gone from three months to between six months and a year.

She also said her shelter keeps seeing an increase in demand.

A second-year University of Toronto computer science student told the outlet that he moved into the Horizons for Youth shelter after his time in residence came to a close at the end of his first year.

The unnamed student says a failure to find an affordable basement apartment or a roommate to split rent resulted in him having no other choice but to use the shelter.

In order for housing to be made affordable, Canada Mortgage and Housing Corporation (CMHC) deputy chief economist Aled ab Iorwerth says that 3.5 million new units need to be built nationwide.

“We need more supply, we need more diversity of supply, and we need supply to be developed faster,” he told Bloomberg.

“So in the context of students, maybe there’s a need for more on-campus student housing.”

In response to Bloomberg’s story, Conservative leadership candidate Pierre Poilievre, who has made housing affordability a key part of his campaign, said the situation of Toronto students living in homeless shelters amid a 20% rise in rent is “cruel”. He blamed the latter on what he calls “JustinFlation.”