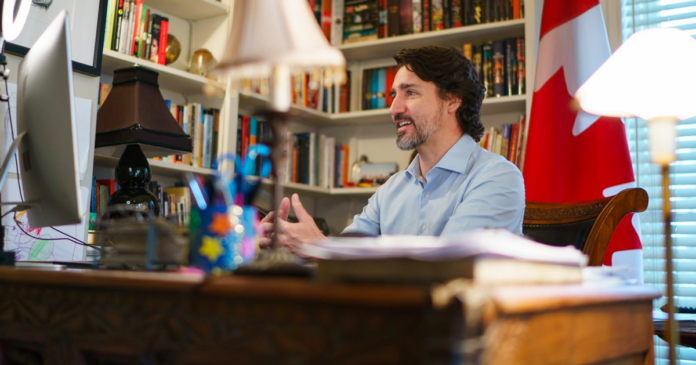 An Access to Information package obtained by True North gives an inside look into the luxurious lifestyle at the official residence as Canadians struggled to pay their bills or afford basic goods.

Hundreds of receipts and invoices released by the Privy Council Office (PCO) show that from Mar. 2021 to Sept. 2021, the average monthly cost on groceries and dining for the prime minister’s household reached $7,861.

Many of the specifics on invoices and receipts were redacted; however, costs and locations were still included. A vast majority of the over 500 pages in documents were for grocery retailers.

Just months before the last federal election, costs ballooned to an astounding $12,125 in Jul. 2021. Trudeau’s itineraries from that month show the prime minister spending much of his time in Ottawa and parts of Ontario.

“This is a ton of money that they’re spending and it’s way more than families are spending on groceries and dining,” Terrazzano wrote in an emailed statement. “Prime Minister Justin Trudeau needs to immediately explain to taxpayers how they’re racking up such a huge bill and what value taxpayers are getting for all that money.”

Loblaws and Metro were the chief grocery stores visited by the Trudeau residence – with several trips each costing hundreds of dollars reported at multiple locations on some single days. Other locations visited but not included in True North’s data were Canadian Tire and Dollarama.

On May 28, 2021, the household posted a $324.22 expense at Loblaws followed by two visits to Metro totalling $163.65, then another $86.95 spent at Arti-Is-In Bakery and two purchases under ten dollars at Herbs & Spice and Il Negozio Nicastro Glebe.

The Trudeau household’s palate also extended to other boutique Ottawa grocers and bakeries.

The most costly invoices posted by the PCO were for Trudeau’s personal family chef. On Jul. 16, 2021, the household reported one invoice for $1,200 for a “chef at PM residence.” Another two invoices dated to Sept., 2021 were for $600 and cited “COVID test coverage.”

As reported by the Ottawa Citizen in 2019, the official residence’s diet shifted towards organic foods compared to expenditures posted by former prime minister Stephen Harper. As noted by the outlet, taxpayers cover routine household expenses for the prime minister.

In 2016, it was reported that Trudeau paid back taxpayers $38,000 for various personal expenses including flights and nannies. True North reached out to both the Treasury Board of Canada Secretariat and the Prime Minister’s Office for clarification regarding household expenses but did not receive a response by the deadline given.

Under the Official Residences Act, Canadian taxpayers cover the cost both for the prime minister and the leader of the official opposition’s staff and housing.