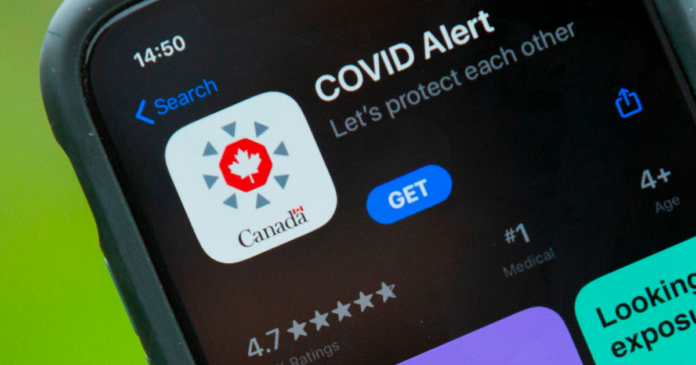 In a Health Canada audit of the Trudeau government’s failed Covid Alert application, federal officials mulled how to “ensure the successful development” of a next-gen contact tracing application for the future.

The audit titled Evaluation of the National COVID-19 Exposure Notification App was completed by the Office of Audit and Evaluation at Health Canada (PHAC) and the Public Health Agency of Canada.

“The evaluation reviewed a number of lines of evidence, including document and public opinion research (POR) reviews, and interviews with internal and external key informants,” wrote government auditors.

“As a result, a few lessons learned emerged and should be considered to ensure the successful development and launch of a similar app by the Government of Canada in the future.”

Ottawa retired the $20 million contact tracing program on Jun. 17, 2022 after Canadians refused to use the application. Despite receiving 6.89 million downloads, Canadians only activated 57,704 user keys – representing only 0.001% of the population.

As a result of Covid Alert, only 2,446 confirmed cases of the virus were identified.

Despite the abhorrent usage statistics, the federal government wants to ramp up data collection for public health purposes while maintaining that privacy rights will be respected.

“While keeping privacy at the core of app design, explore options to increase the ability to collect data, including personal information, to aid public health measures,” auditors explained.

“Any discussion about the collection of personal information would benefit from early engagement of internal privacy experts and (the Office of the Privacy Commissioner.)”

The audit notes that privacy was the primary concern for Canadians who refused to use the application.

Earlier this year PHAC, was forced to suspend a mass data collection program after it was revealed that the agency was spying on 33 million mobile devices of Canadians without their knowledge.