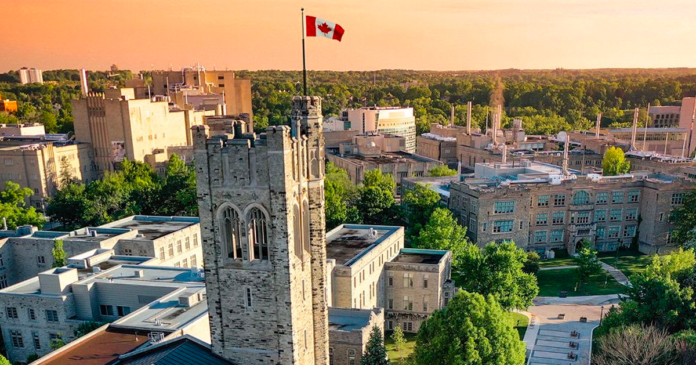 A planned forum to discuss Western University’s three-dose vaccine mandate has been cancelled after university administrators declined to participate.

Western said last week it welcomes “constructive debate” about its vaccine mandate, which requires students, staff and visitors to receive Covid boosters. However, an academic freedom advocacy group is criticizing the university for not wanting to engage in that debate.

The Society for Academic Freedom and Scholarship (SAFS) said Thursday it planned to hold an open dialogue about Western’s vaccine policy, but was told the university was “unable to accommodate” the invitation.

“Western administration was given the opportunity to explain why their university is alone in Ontario in its requirement of COVID-19 vaccine boosters,” said SAFS spokesperson Geoff Horsman, a professor at Wilfrid Laurier University, in a press release. “They refused that opportunity.”

SAFS originally planned to hold a virtual panel about the mandate Thursday evening and invited Western’s provost, Florentine Strzelczyk, and vice-president of operations, Lynn Logan, to participate or offer up another administrator or faculty member to defend the vaccine mandate. According to an email chain shared with True North, a Western representative declined, citing preparations for the “upcoming academic year.”

When SAFS offered to move the event to a day or time of Western’s choosing, the university representative reiterated that Western was not “able to participate at this busy time.”

When students and faculty members descended on Western last weekend to protest the mandate, the university acknowledged in a statement that its policy “has spurred significant conversation.”

“As a centre of higher learning we encourage the exchange of different viewpoints and ideas, while valuing constructive debate,” the university said.

Horsman said it was that statement from Western that made him think administrators would be open to the forum SAFS tried holding.

“On behalf of SAFS and the students of Western who are left without answers, we find this refusal to participate in open dialogue frustrating and disappointing,” Horsman said.