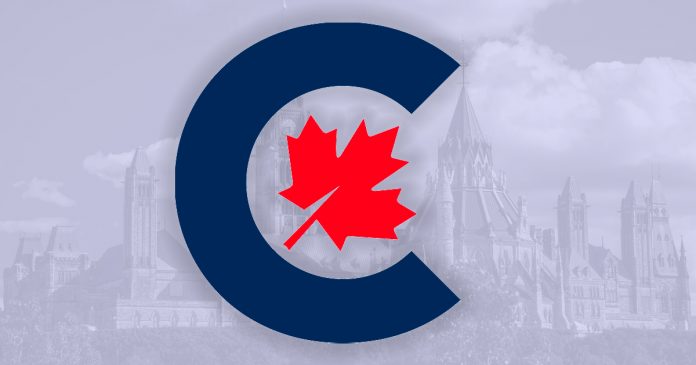 The Conservative Party of Canada’s leadership race is nearing its tail-end, as the party’s new leader is set to be announced on September 10. For those unfamiliar with the process, here’s how the new leader will be elected.

To vote in the Conservative leadership race, one must have been a Conservative party member in good standing by June 3. The party’s constitution requires mail-in ballots. All members were sent ballots earlier this summer. Ballots must be received by Deloitte, the company contracted by the Conservatives to oversee the ballot counting, by September 6 at 5 pm Eastern.

Each party member is associated with one of the 338 federal ridings in Canada. If a riding has 100 members or more, the riding is assigned 100 points. If a riding has fewer than 100 voters, each vote will count as one point.

Leadership candidates earn points based on the percentage of Conservative members’ votes they win in that riding.

If in a hypothetical scenario, candidate A gets 45% of the votes in a particular riding, candidate B receives 35%, and candidate C gets 20%.

Candidate A would receive 45 points, candidate B would get 35 points, and candidate C would come in third with 20 points.

Unlike federal, provincial and municipal general elections, which use the first-past-the-post electoral system, the CPC leadership election uses a ranked ballot system. Instead of choosing one candidate, members rank their preference for candidates in order from most preferred to least preferred.

A candidate can win the election immediately by receiving more than 50% of the points – irrespective of the raw vote numbers.

If no candidate receives 50% of the points after the first round of vote counting, the last place candidate is eliminated. Each of that candidate’s votes will then be transferred to the second-ranked candidate on each voter’s ballot.

The process of knocking out the last-place candidate and reallocating votes continues until one of the candidates crosses the 50% mark, thereby winning the leadership race.

In 2017, it took 13 rounds of counting before Andrew Scheer was named Conservative leader.

The merger of the Canadian Alliance and Progressive Conservatives formally created the CPC in Dec. 2003. The party’s constitution, created in 2003, delegates the responsibility of making the rules to the Leadership Election Organization Committee.

The first CPC leadership election saw Stephen Harper win in the first round of voting with 56% of the vote.

The latest leadership race in 2020 saw Erin O’Toole edge out former Progressive Conservative leader Peter MacKay in the third round. Many votes from Derek Sloan and Leslyn Lewis transferred over to Erin O’Toole after Sloan and Lewis were eliminated in the first two rounds.

The election process has been criticized for giving smaller ridings a disproportionate influence on the election outcome.

The CPC has tried to address this criticism by ensuring ridings with less than 100 voters get fewer points, but the issue persists.

Despite this issue, the one-member, one-vote system has been praised for its ability to avoid vote splitting. Since members can rank their preferred candidates and transfer votes to the next available candidate, the party can elect the most generally accepted leader and avoid vote-splitting.

The rules for the 2022 leadership election were released by the CPC on Mar. 8.