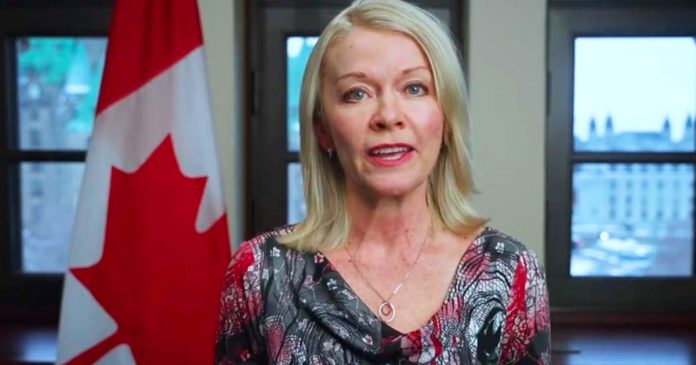 Conservative Party of Canada interim leader Candice Bergen has revealed that she does not intend to run for office in the next federal election.

Bergen told the Toronto Sun that while she intends to retire from politics, whoever the CPC chooses as the next leader of the party will have her wholehearted support.

“Serving the constituents of Portage—Lisgar for fourteen years has been the honour of my political life,” a statement by Bergen reads.

In an interview with the outlet, Bergen reflected on her political career which included granting Indigenous women matrimonial property rights.

Bergen also praised her party’s role in government and its past leadership.

“So many friends, so many good MPs losing their seats and Stephen Harper was such a great prime minister,” said Bergen.

“I’ve been very privileged to do this job and my kids’ lives are richer as a result of it.”

As for her political exit, Bergen plans on finishing her term as an MP for the time being and is looking forward to what her future life holds.

“I will wholeheartedly be supporting whoever takes my place as leader after Sept. 10. I’m incredibly optimistic about the future of the Conservative movement in Canada. When Conservatives are strong and united, Conservatives win,” said Bergen.

“I am humbled and grateful for every leader I have worked with and learned so much from.”

The CPC is set to elect its next leader on Saturday. Current polls place Pierre Poilievre in the clear lead with 57% of Conservatives preferring the Carleton MP over other candidates.