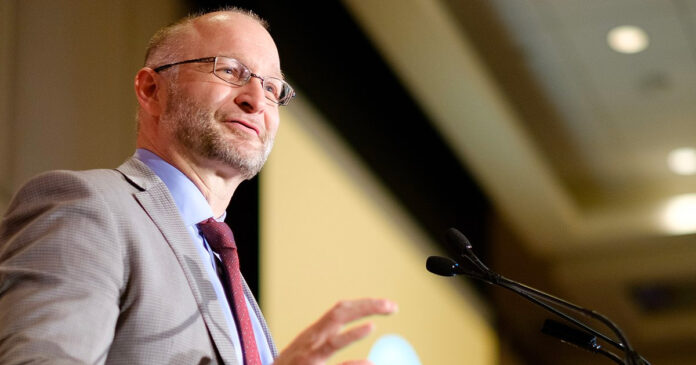 Attorney General David Lametti justified the use of the Emergencies Act to crack down on the Freedom Convoy based on the hypothetical scenario that protesters would block railways, according to Department of Justice records obtained by Blacklock’s Reporter.

“Threats were made to block railway lines which would result in significant disruptions,” staff wrote in April 23 briefing notes for Lametti. Railways “serve customers in almost every part of the Canadian economy,” said the department.

“The result of a railway blockade would be significant,” wrote staff. “Canada’s freight rail industry transports more than $310 billion worth of goods each year on a network that runs from coast to coast.”

There was no mention of the radical 2020 Wet’suwet’en railway blockades or why cabinet did not invoke the never-before-used act then.

Freedom Convoy protesters did not blockade any railways.

Rail blockades in support of hereditary Wet’suwet’en First Nation chiefs lasted several weeks in February 2020. The blockades cost Canada $283 million in damages and resulted in over 1000 layoffs according to a 202 Parliamentary Budget Office report Estimate of the Impacts of the February 2020 Rail Disruption.

Federal regulators counted more than 50 blockades across the country, including a camp on the Canadian National Railway main line in Belleville, Ontario. Lines in Hamilton and Winnipeg were also blockaded. Protesters also blocked cross-border bridges in Cornwall and Sault Ste. Marie.

“The protest blockades have significantly worsened rail service at this time when the rail system was already experiencing strain,” the Department of Agriculture wrote in a 2020 briefing note Grain Transportation. Authorities were told of “significant vessel lineups at the Ports of Vancouver and Prince Rupert.”

The blockades ended once then-Indigenous Services Minister Marc Miller met with protestors and pledged a $7.2 million grant to the unelected Wet’suwet’en chiefs.

“Two bomb threats were made to Vancouver hospitals and numerous suspicious packages containing rhetoric that references the hanging of politicians and potentially noxious substances were sent to offices of Members of Parliament in Nova Scotia,” wrote the Department of Justice. “A link to the convoy has not yet been established in either case.”

Staff acknowledged they had no evidence to justify their fears.

Out of 230 people arrested during the Freedom Convoy, 119 faced charges with mischief being the most common infraction.

Hearings for the commission investigating Prime Minister Justin Trudeau’s invocation of the Emergencies Act have been postponed to October 13 due to the commissioner’s health.