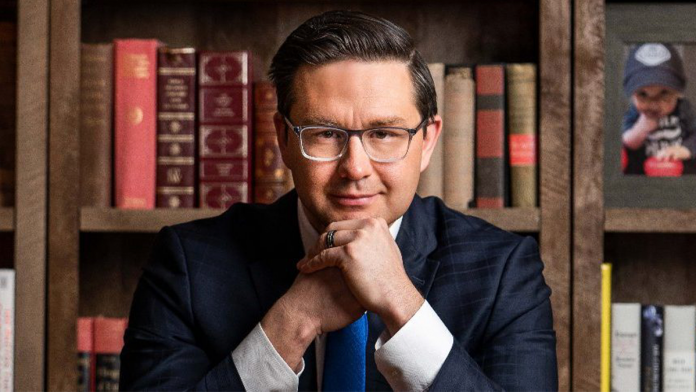 In less than a week, the Conservative Party of Canada will have a new leader to take on Prime Minister Justin Trudeau in two years’ time — if the junior Trudeau doesn’t take a walk in the snow like his late father.

That leader will likely be Pierre Poilievre.

The legacy media love to paint Poilievre with the brush of an angry man who should be shunned by the electorate to avoid an even more divided country.

Poilievre knows how to get noticed, no question about that, but away from the 60-second video clips, he is known to supporters as truly concerned about the future of ordinary Canadians who are today fighting high inflation, higher interest rates and struggling to make ends meet.

As Andrew MacDougall, former director of communications in Stephen Harper’s office, recently wrote, “Poilievre (for example) wants his opponents to bang on about a little-known extremist group few Canadians will ever give the time of day to.

“It’s actually the key to the success of his campaign to become prime minister.”

As the media portrays Poilievre as extreme, divisive and over-the-top, it is playing into his strategic plan, one that will become more evident in the days that will follow his succeeding former Tory leader Erin O’Toole.

So far it is working. He has signed up more party members than any other leadership opponent, and his coffers are brimming over.

MacDougall says, “What Poilievre is bringing to the party that his predecessors failed to do is not give a poop.”

“He knows his opportunity gets bigger the more the opinion formers of the country focus on issues ordinary Canadians don’t care about,” MacDougall continues.

“Provided, that is, Poilievre keeps talking about pocketbook issues in response.”

The trap Poilievre is laying out for his opponents, opined MacDougall,  couldn’t be more obvious, not that it will stop Trudeau or NDP leader Jagmeet Singh from stepping into it.

Thus far, they appear oblivious to being played.

A recent poll by Leger found that Liberal and New Democrat voters think either Jean Charest, or disqualified Patrick Brown, would make the best leader of the federal Conservatives.

“In these two men, progressives see the least-worst outcome, for their points of view. In these two men, they see the best chance for the status quo. It’s enough to make card-carrying Conservatives barf into their morning porridge,” MacDougall concluded.

One of the keys to Poilievre’s success in Jenni Byrne, a veteran war-room operative during the Harper years and former principal secretary to Ontario Premier Doug Ford, who is a brilliant strategist despite her hard-nosed approach to politics and those who work its backrooms.

She was once referred to as “the most powerful woman in Ottawa.”

In an interview in 2015 with the Ottawa Citizen, Byrne cited her concerns over debt reduction and tax cuts and how they were more important to her generation than to her parent’s generation.

“It’s great for them to say don’t cut here or there, but they won’t be the ones affected by (the debt). They’re in their late 40s and they will probably still benefit from government programs,” she said.

“But Canada looks like a bleak place for me by the time I’m their age.”

Poilievre’s Byrne-coordinated campaign pitch? “Take back control of your life.

“Join me in making Canada the freest nation on Earth.”

But soon he will have to tone it down a notch — if only to show the great Canadian electorate that he truly is prime ministerial.