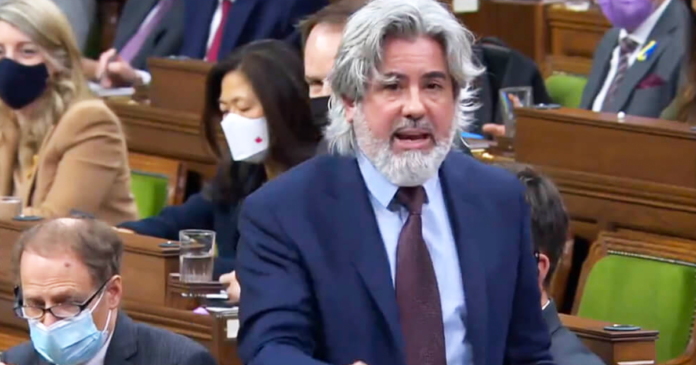 Executives from YouTube, Apple Music and Spotify are urging the Senate to slow the passage of the Trudeau government’s censorship law Bill C-11 in a letter obtained by Blacklock’s Reporter to the Senate transport and communications committee.

“We urge this committee to pause,” read the submission by the Digital Media Association. The group argues that Bill C-11 “will have a significant impact on music streaming services.”

“Together these services connect millions of fans across Canada and around the world with tens of millions of songs and podcasts providing unique listening experiences,” wrote the association. “Bill C-11 attempts to impose a system of regulation that is designed for traditional broadcasters onto streaming services.”

“Imposing this antiquated system onto innovative streaming services in an era of consumer choice, where there are no gatekeepers to content as there are in the broadcasting context, is the wrong approach,” wrote the association.

Bill C-11 passed in the House of Commons on June 21 but has faced hurdles in Senate committees.

“I fear we will be doomed to this inadequate process and its shortcomings and that we will not conduct the proper investigation we need on Bill C-11,” said Sen. Donna Dasko in a May 19 hearing. “We have no assurances that a regular committee study would follow from our pre-study.”

“When I hear about the urgent need to pass a bill, I can’t help but wonder whether we will really have the time to review a bill,” said Sen. Dasko.

“Why is this suddenly considered in the public interest?” said Sen. Leo Housakos in the May hearing. The last time we heard about it, we were sort of forced to push this through as quickly as possible.”

“We need the rules before we have the legislation,” Senator Pamela Wallin (Sask.) told a June 23 committee hearing. “It is not just for the clarity of parliamentarians. It is for everybody who uses the internet which encompasses all Canadians in one way or another. They need to know what is or what is not about to happen to them.”

“Asking us to sign up for the game without knowing the rules of the game is a little concerning,” said Wallin. “It will affect potentially every single Canadian who uses the internet.”

The Senate committee is expected to open hearings on Bill C-11 next Wednesday.

Despite previous claims made by Heritage Minister Pablo Rodriguez that Bill C-11 would not impact online creators, the Expert Advisory Group on Online Safety said that “misleading political communications” should be federally regulated.

Further, Rodriguez’s claims about the bill not affecting user-generated content have also been contradicted by the Canadian Radio-television and Telecommunications Commission (CRTC).

Testifying at a Canadian heritage committee hearing in June, CRTC chair Ian Scott said, “[Section] 4.2 allows the CRTC to prescribe by regulation user uploaded content subject to very explicit criteria. That is also in the Act.”

Section 4.2 of the bill allows the CRTC to issue regulations on social media companies that could affect the reach of content – favouring some content over others.