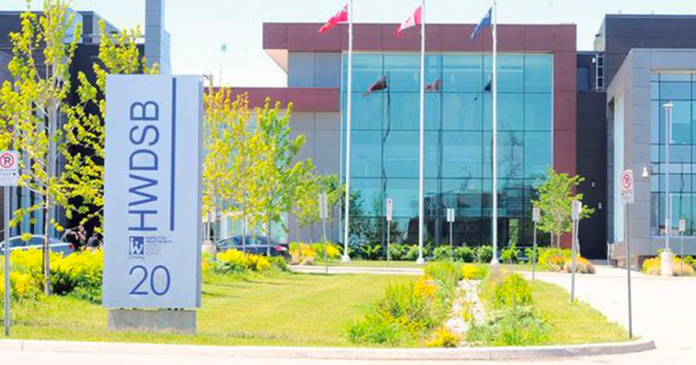 A survey of community members by the Hamilton-Wentworth District School Board (HWDSB) on its Anti-Black Racism Policy found that “a large proportion” rejected the policy on grounds that it was divisive and racist.

The HWDSB engaged hundreds of parents and guardians in a survey to be presented to the Policy Committee on Sept. 14.

“(Respondents) feel that this is an American issue and feel all children should be treated equally. 65% of written, online comments were opposed to this policy implementation,” the consultation explained.

“Negative comments outlined that we are practicing (critical race theory), that anti-Black racism does not exist.”

A total of 278 responses were received, 82% of which were given by parents, guardians or caregivers.

The feedback also found that “actions that were seen as less helpful were social justice education for students, educating parents and school councils, and curriculum resources.”

“A large proportion of participants who completed the survey were opposed to its implementation for various reasons,” the survey read.

Parents were opposed to the policy on various grounds, including the claim that the policy would only further perpetuate racism.

“The Anti-Black Racism Policy and critical race theory perpetuates racism because talking about racism keeps it alive and it treats Black people as if they need help,” the report claimed.

“(Respondents said) the policy would divide instead of unite.”

True North reached out to the HWDSB for comment and was told to refer to the agenda packet.

“The staff recommendation is that both the Anti-Black Racism Policy and the Human Rights Policy be recommended for approval,” said HWDSB Communications Officer Rob Faulkner.

In response to complaints, the HWDSB wrote that while it will take into account concerns from parents it does not intend to amend the policy’s guiding principles.

“Understand that many within our community will have different opinions on anti-Black Racism. HWDSB must continue to respond to student and community voice, research and operate with the understanding that racism, oppression and marginalization exist within our community, schools and system,” the HWDSB wrote.

“Guiding Principles were not changed. They reflect the pre-engagement session feedback as well as the draft policy consultations feedback.”