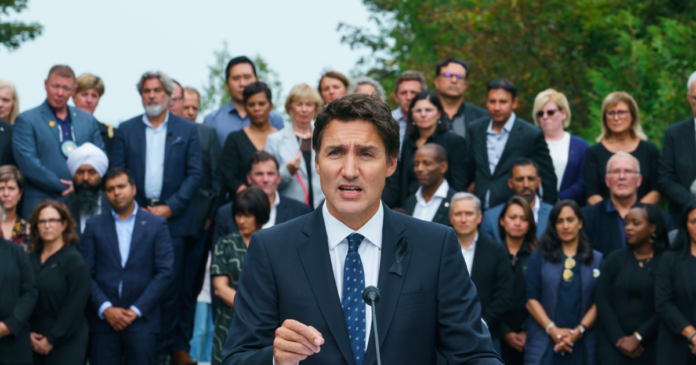 As the Conservative Party of Canada celebrates their new party leader Pierre Poilievre, Liberal MPs are hoping that Prime Minister Justin Trudeau moderates his agenda to be “less woke.”

Poilievre won the Conservative Party’s leadership on a pledge to “remove the gatekeepers” in order to bring down the cost of living and increase wages.

The Carleton MP’s affordability message resonated with Conservative Party members, attracting hundreds of thousands of Canadians to the Tories and capturing 68% of first ballot votes.

After a Liberal caucus meeting this week, several MPs have concluded that the Liberals need to run to the political centre, a position the Liberal Party has historically occupied.

In recent years, the Liberals have run to the political left as they’ve signed a coalition deal with the social democratic New Democrats and have pandered to woke causes like radical trans ideology and “anti-racist” movements.

A Liberal MP who spoke to the CBC on the condition of anonymity expressed the desire for the party to return to its roots and quit the appeals to woke causes.

“We must return to a federal centre, centre-right party. We need a government that is down to earth and less woke,” said the MP.

Another Liberal MP expressed concern about the party’s handling of the economy, as inflation nears 8% and post-pandemic private sector employment struggles.

“We need to reframe the message. We need to have both hands on the wheel when it comes to the economy. We dropped the ball on this,” said the MP.

The Poilievre campaign has consistently attacked the Trudeau government’s handling of the economy, blaming the prime minister and the Bank of Canada for historic spending, which has caused skyrocketing prices at Canada’s gas stations, grocery stores and housing market.

Liberal MPs also realize that the Trudeau government’s mismanagement of passport offices and the country’s airports hurt the party’s reputation.

Poilievre made a point of addressing Canada’s passport offices that have been embroiled in turmoil in his leadership victory speech.

Historically, the Liberal Party has had leaders that moderated their left-wing policies to appeal to Canadians at the centre.