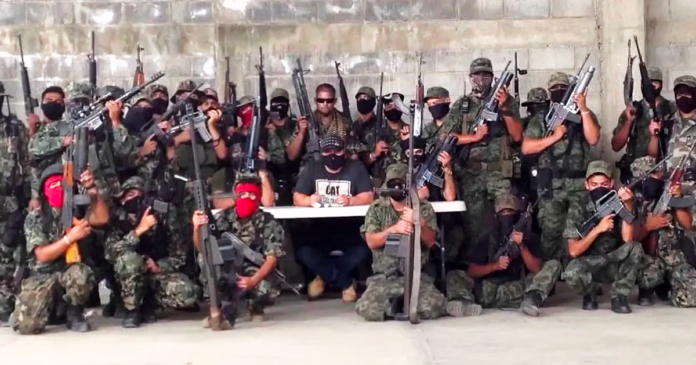 The Trudeau government is standing by its decision to no longer require a visa for Mexican citizens even as major cartels have come to dominate trafficking fentanyl and other deadly opioids, True North has learned.

As it stands, Canada no longer requires people travelling from Mexico to acquire a traditional visa to enter the country.

Prime Minister Justin Trudeau lifted the requirements on Dec. 1, 2016, allowing Mexican citizens to only file a $7 Electronic Travel Authorization (eTA) which only takes minutes to complete to be granted entry into Canada.

When confronted with the cartel’s growing influence on peddling toxic drugs throughout North America, Immigration, Refugees and Citizenship Canada (IRCC) told True North that while fighting organized crime was a top priority, the eTA requirement will remain in place.

“The visa lift underscores the importance Canada places on its friendship with Mexico and the closer ties stemming from the removal of the visa requirement,” said IRCC spokesperson Jeffrey MacDonald in an emailed statement.

“As part of the process leading to the lifting of the visa requirement, Canada worked closely with its Mexican partners to put in place measures to protect Canada against the risks posed by the arrival of bad faith travellers from Mexico. The Government of Canada carefully monitors any behavior that threatens the security of the country and takes appropriate measures to remedy the situation.”

Fentanyl and its derivatives have been a leading cause in drug toxicity deaths across Canada. Last year, opioid-related deaths reached 21 per day according to the Public Health Agency of Canada. As of Dec. 2021, an estimated 30,000 people have died as a result of opioid drug toxicity.

Soon after the visa lift, asylum claims made in Canada by Mexican citizens spiked dramatically. By 2018, immigration offices saw an 840% increase in claimants when compared to the year prior to the lift.

Cartel involvement in the opioid trade has prompted the US Drug Enforcement Agency (DEA) to respond.

“Those cartels are acting with calculated, deliberate treachery to get fentanyl to the United States and to get people to buy it through fake pills, by hiding it in other drugs, any means that they can take in order to drive addiction and to make money,” said DEA Administrator Anne Milgran in Aug.

True North reached out to the Canadian Border Services Agency (CBSA) to ask what border officials are doing to stem the tide of fentanyl trafficking and whether they are working with their Mexican and US counterparts to address the issue.

“The CBSA does not comment or speculate on trends. Several elements can have an impact on the number of seizures from year to year. Several factors can impact statistics, such as traveller volumes and/or size/volume of a seizure, as well as ongoing investigations,” CBSA spokesperson Rebecca Purdy told True North.

“The (CBSA) also works regularly and closely with our domestic and international law enforcement partners in a joint effort to ensure border security, including intelligence and enforcement,” she continued.

“By means of numerous agreements (both national and international), the CBSA engages and shares information with partners to ensure that illegal goods and nefarious individuals do not enter the country.”

In 2019, it was reported that Canadian authorities lost track of an estimated 400 suspected Mexican cartel members including known hitman Romualdo Lopez-Herrera. Additionally, the CBSA saw an 80% increase in the number of drugs seized along the Canada-US border as well as cases of inadmissibility rising by 500%.