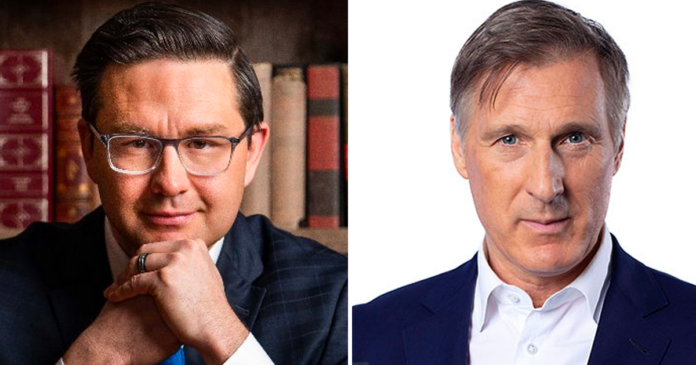 Only days after Pierre Poilievre secured the Conservative leadership, People’s Party of Canada (PPC) leader Maxime Bernier voiced his opposition to what he called “weak and unprincipled Conservatives.”

“I didn’t wait until the Freedom Convoy to suddenly decide that we must protect our fundamental rights and freedoms,” wrote Bernier in a PPC newsletter. “For two years, I was touring the country, getting arrested and being given tickets for holding supposedly illegal rallies.”

Bernier has also taken to Twitter to push back against Poilievre’s messaging.

“Pierre Poilievre still claims he opposed covid mandates from the beginning,” he wrote in a Tweet. “That’s a lie. Last year he agreed with the idea that we had to be jabbed or else confined.”

“He was only criticizing Trudeau for not getting more Canadians vaccinated fast enough.” he added.

True North reached out to Bernier to further elaborate on his criticism of the Conservatives.

“[The Party] did nothing to repel the attacks on Canadians’ rights and freedoms, and supported the Liberals’ massive covid programme spending.”

“Although Poilievre has now rejected Erin O’Toole’s carbon tax, he still promises government interventions to reach emissions targets, but hasn’t said how he would do it.”

“The Conservatives – including Poilievre – agree with Trudeau’s mass immigration policy of bringing 450,000 immigrants a year.” Bernier continued. “The PPC is the only party opposed to it.”

Bernier admitted that Poilievre has much better communication skills than previous leader Erin O’Toole and that “he is not intimidated by the leftist activists masquerading as journalists in the mainstream media.”

“I think it’s a very positive development in Canadian politics,” wrote Bernier. “But now that he is the leader, he will have to make all the usual compromises to please the party’s different factions.”

“I think he will have no choice.”

True North reached out to Poilievre for an opportunity to respond but did not comment before the deadline.