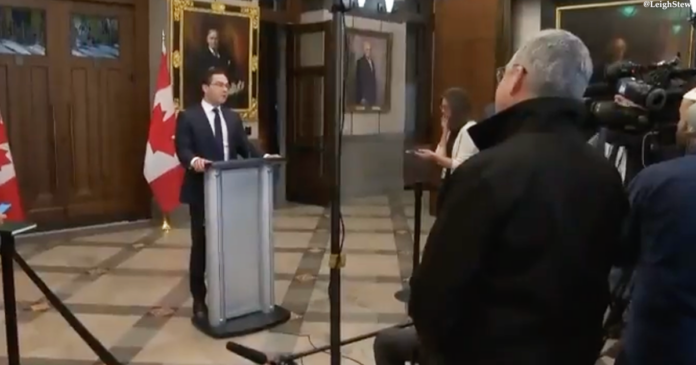 The legacy media’s knives are out for Pierre Poilievre since winning the Conservative leadership race less than one week ago. From heckling the Carleton MP during his first presser to criticizing his move into the official residence of the Leader of the Official Opposition, it’s clear Poilievre Derangement Syndrome is back with a vengeance!

This week on Fake News Friday, Andrew Lawton and Harrison Faulkner look into the legacy media’s most ridiculous takes on Poilievre’s win and their rush to defend Prime Minister Justin Trudeau.

Also on the show, the legacy media rallies behind the need for King Charles II (not III) to address colonialism and reparations. This may prove to be difficult considering he hasn’t been around since the 17th Century!