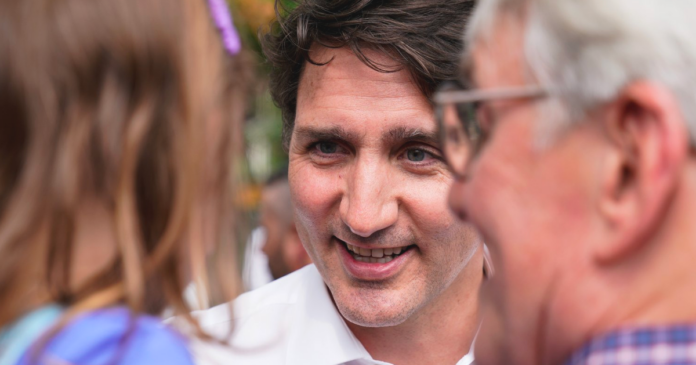 Canadians from all walks of life are using the hashtag #TrudeauMustGo on Twitter to voice their displeasure with Prime Minister Justin Trudeau.

Twitter users ranging from politicians to former Olympians are crafting tweets describing who they are, what they do for a living, writing phrases similar to “Justin Trudeau thinks I’m a problem and that I hold unacceptable views” and concluding with the hashtag #TrudeauMustGo or #TrudeauHasToGo.

According to Rebel News, the #TrudeauMustGo hashtag went viral on Sept. 15, 2022, ranking as the number one hashtag in politics, with 153,000 tweets. The trend was started by Calgarian Martin Bélanger.

The trend refers to past comments Trudeau has made about unvaccinated Canadians and supporters of the Freedom Convoy.

In Sept. 2021, during an interview with the French-language program La semaine des 4 Julie, Trudeau referred to unvaccinated Canadians as “extremists,” among other derogatory terms.

“They are extremists who don’t believe in science, they’re often misogynists, also often racists. It’s a small group that muscles in, and we have to make a choice in terms of leaders, in terms of the country. Do we tolerate these people? Or do we say, hey, most of the Quebecois people – 80% – are vaccinated. We want to come back to things we like doing. It’s not those people who are blocking us,” said Trudeau.

In Jan. 2022 as the Freedom Convoy made its way to the nation’s capital, Trudeau called the movement and its supporters a “small fringe minority” with “unacceptable views.”

“The small fringe minority of people who are on their way to Ottawa are holding unacceptable views that they’re expressing, do not represent the views of Canadians who have been there for each other who know that following the science and stepping up to protect each other is the best way to continue to ensure our freedoms, rights, and values as a country,” Trudeau told reporters.

As of Sept. 19, the hashtag is still trending.

Trudeau’s former top advisor Gerald Butts attempted to discredit the trend by claiming unnamed forces were financing the campaign and that bots were behind the trend. There has been no indication that the campaign is funded and many of the tweets are from verified accounts.