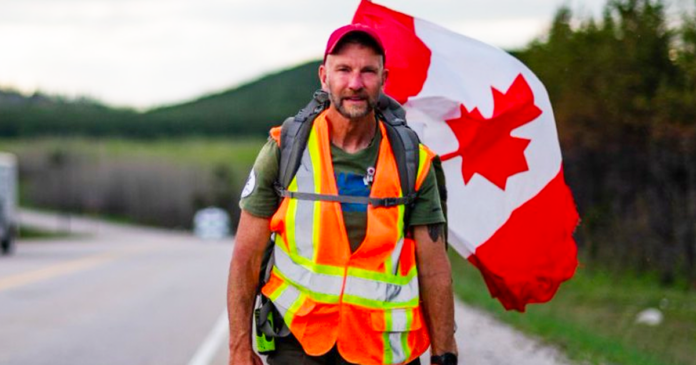 Canadian Armed Forces (CAF) veteran James Topp has retained a lawyer and has served Global News as well as its parent company Corus Entertainment Inc. with a notice of libel for falsely painting him as a white supremacist.

Topp made headlines when he marched across Canada to protest Covid-19 mandates earlier this year. He is currently facing a court martial after refusing to comply with the CAF’s mandatory vaccination policy.

The notice filed by lawyer David Elmaleh names journalist Rachel Gilmore and her employers. It references an Aug. 18 article titled ‘Good PR’: Why anti-hate experts are urging politicians to step up vetting practices which covers a meeting between Topp and Conservative leader Pierre Poilievre.

“The defamatory article, inclusive of the URL tag, referred to Mr. Topp as a white supremacist, among other things,” the notice reads.

Global News has since changed the URL of the article but originally it included the words “james topp white supremacists far right.”

“(Defendants published this) without providing any evidence supporting their statements,” writes Elmaleh.

“(Those named) also included various ‘tags’ on the defamatory article, further implying that Mr. Topp is a white supremacist, extremist and member of the far right.”

An editor’s note on the article currently states that the URL was revised “to omit a reference to ‘white supremacist’ to avoid any misunderstanding that persons named in the URL are associated with that label.”

“Take notice that Mr. Topp intends to plead that the defamatory words were made deliberately, irresponsibly and with malice,” the claim continues.

“The intended defendants knew that the defamatory words, and the innuendo arising from them, were false, yet expressed them in any event in order to generate headlines, expand the reach of the defamatory article and garner interest from as many members of the public as possible.”

Topp is alleging that the false claims “lowered his reputation, and has caused and will continue to cause reputational and financial harm, along with emotional pain and suffering.”

The notice calls on the named parties to immediately publish an apology on all platforms and warns that Topp will seek damages in future proceedings.

True North reached out to Gilmore and Global News to give them an opportunity to comment on the libel allegations but did not receive a response by the time this article was published.