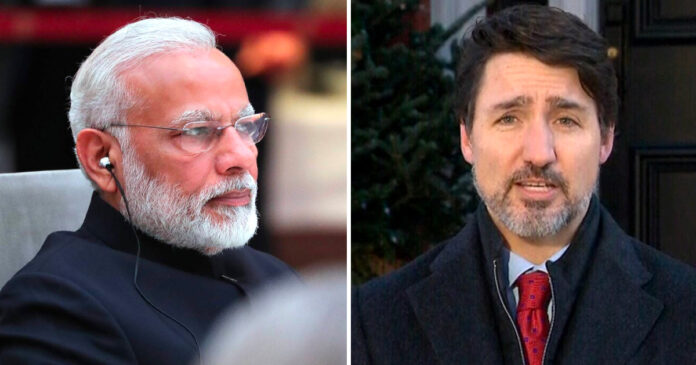 India has issued an advisory to travellers coming to Canada warning of “pro-Khalistan” hate crimes.

On Friday, India’s external affairs ministry warned that “sectarian violence” and anti-Indian sentiments are on the rise in Canada.

“There has been a sharp increase in incidents of hate crimes, sectarian violence and anti-India activities in Canada,” an advisory wrote.

“In view of the increasing incidences of crimes as described above, Indian nationals and students from India in Canada and those proceeding to Canada for travel/education are advised to exercise due caution and remain vigilant.”

Relations between India and China have cooled as the country blamed the Canadian government for not doing enough to crack down on Khalistani separatists who want to create an independent state in India’s Punjab region.

“The perpetrators of these crimes have not been brought to justice so far in Canada,” claimed the external affairs ministry.

Incidents include a Toronto temple graffitied with anti-Indian messages.

Spokesperson for the Indian government Arindam Bagchi pointed to a pro-Khalistan referendum held in Canada, which he blamed of having “extremist and radical elements.”

“(It’s) deeply objectionable that politically motivated exercises by extremist elements are allowed to take place in a friendly country.”

In 2019, the Liberal government removed references to “Sikh extremism” from its annual Public Report on the Terrorism Threat to Canada.

The decision elicited outrage from Indian politicians, including the Chief Minister of the Punjab Region Amarinder Singh who accused Prime Minister Justin Trudeau of pandering for votes.

“It is obvious that Trudeau had played safe in view of the upcoming elections in Canada, giving in to pressure within his country,” said Singh.

“The world cannot afford to fan extremism in any form, which is what the Trudeau government was effectively doing with such ill-thought moves.”