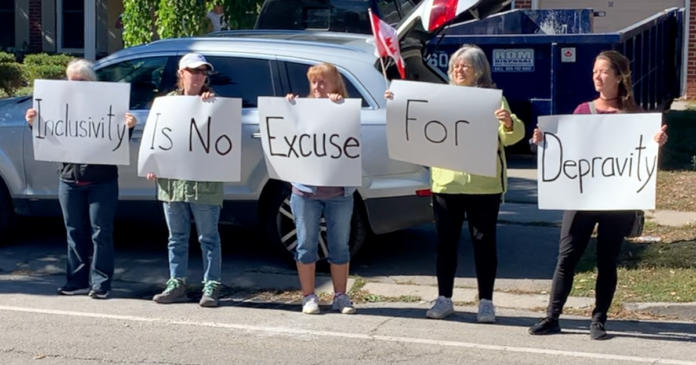 After footage emerged last week of the teacher in class, the story went viral around the world and Canada became the punchline of the world’s jokes.

When parents wrote to the school to voice their frustration, the high school defended the biological male teacher instead of siding with the students.

True North’s Harrison Faulkner was in Oakville today to speak with local parents who attended the protest.