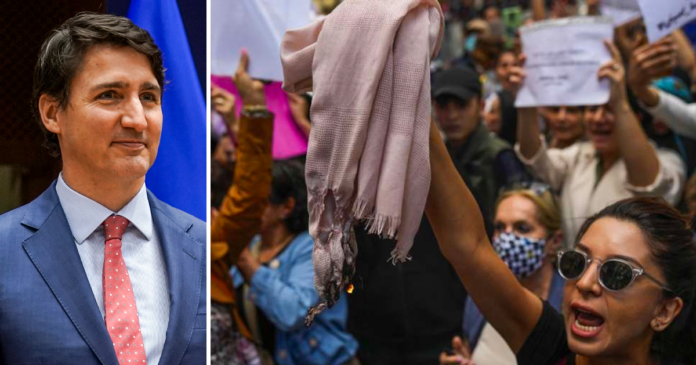 Trudeau’s statement comes after Iranians called on Canada to act in defence of the protesters who have come out in droves over the death of 22-year-old Mahsa Amini. Amini died while in police custody for supposedly violating the Islamist theocracy’s mandatory veiling laws.

“Canada strongly supports people who are expressing themselves and protesting peacefully in Iran. We are calling on the Iranian regime to end its repression of freedom of expression – and to end the ongoing harassment of, and discrimination against, women,” tweeted Trudeau.

“Ms. Amini’s tragic death and allegations must be promptly, impartially and effectively investigated by an independent competent authority that ensures in particular that her family has access to justice and the truth,” said Al-Nashif.

To date, 26 people have reportedly died in clashes with government authorities seeking to clamp down on the growing movement.

On Wednesday, Conservative leader Pierre Poilievre called on Trudeau to make a statement and list the Islamic Revolutionary Guard Corps (IRGC) as a terrorist entity.

“The killing of Mahsa Amini is another heartbreaking act of brutality and murder by the Iranian dictatorship against the women of Iran. Trudeau needs to finally stand with Iranian people who are fighting for their freedom and list the IRGC as a terrorist group,” tweeted Poilievre.

Thirteen cities in Iran including its capital Iran have seen demonstrations flare causing the Iranian government to limit access to the internet and social media.

The US Treasury Department announced on Friday that it would expand internet services for Iranian despite existing US sanctions.

“With these changes, we are helping the Iranian people be better equipped to counter the government’s efforts to surveil and censor them,” said Deputy Treasury Secretary Wally Adeyemo.