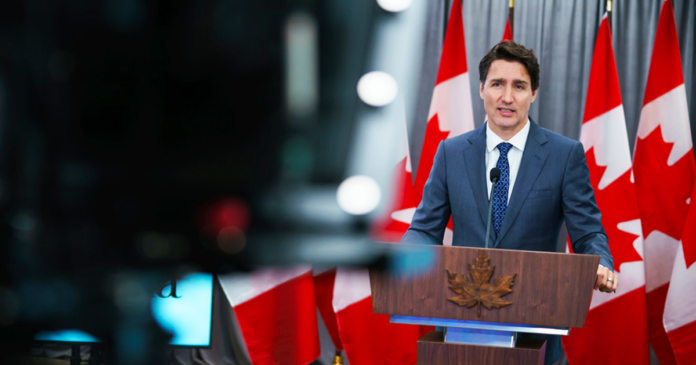 Will Justin Trudeau stay on as leader of the Liberal Party of Canada, or will he make an early exit by re-enacting his late prime ministerial father taking that now-famous walk in the snow?

Like chewing gum on an overnight bedpost, Trudeau has lost a considerable amount of flavour since uprooting the Harper Conservatives in the 2015 federal election.

He has since become a liability, slowly perhaps but assuredly.

Two polls released last week — Nanos and Leger — appeared to produce the writing on the wall for the Trudeau government, both showing the Conservatives in the lead and the Liberals losing ground to a re-emerging NDP.

That, said the Globe and Mail’s Konrad Yakabuski, is a “political scenario made in Tory heaven.”

But it all depends on how the newly minted Conservative leader Pierre Poilievre comes out of the box.

“The steps Mr. Poilievre takes in the coming weeks, both inside and outside the House of Commons, will determine whether he can move beyond empty sound bites (like defunding the CBC, for example, and firing the Bank of Canada governor), he offered precious little in the way of concrete policy proposals during the leadership campaign,” writes Yakabuski.

“Based on his rhetoric, you would have to conclude that, as prime minister, he would undertake a purge of the country’s institutions so brutal and indiscriminate that Ottawa itself might cease to exist.”

This, of course, is more than just a bit of a reach.

Typically, the Tories win when the progressive vote gets split between the Liberals and the NDP. Trudeau has won three elections by minimizing this split, in part by persuading enough progressives that only the Liberals can block a Conservative victory.

That strategy has worked particularly well in Quebec, where the Liberals won 35 seats in 2021.

If Mr. Trudeau remains leader, the Liberals are likely to resort to this strategy again in the next election. But it is far from clear if this tactic would be enough for them to eke out even a minority victory next time. After almost a decade of Trudeau rule, voters will be increasingly open to considering the alternatives. Centrist voters will look at Poilievre.

What they see will depend on whether the Conservative leader succeeds between now and the next election in crafting a credible image as “prime-minister-in-waiting.”

If Poilievre sticks to the tough script he used to win the Tory leadership, he will be a much easier adversary for the Liberals to define.

But Trudeau has been around possibly too long to resurrect his battered persona.

The scandals he endured are no longer as forgivable, and the ethics violations resonate a little louder.

He is no longer the Pied Piper of “sunny ways” and no longer the great hope the Liberals first envisioned when he became leader of the then third-party Liberals.

Canadians have grown tired of him.