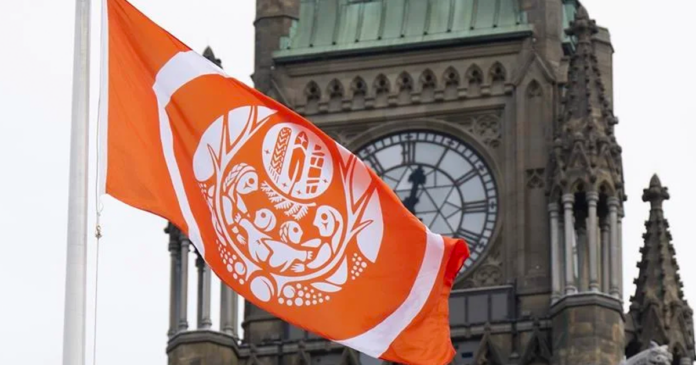 A good example is Bill C-5, whose legislation establishing a National Day for Truth and Reconciliation (NDTR) was enacted on June 3, 2021. The second NDTR, a federal statutory holiday, will be celebrated on Friday, September 30.

Grounded in Call to Action #80 of the 2015 Truth and Reconciliation Commission (TRC) Report which asked, “the federal government … to establish … a statutory holiday … to honour [Indian Residential School] Survivors, their families, and communities,” six long years passed before the government did so following a proverbial shot heard round the world.

That shot was an announcement only six days earlier by Rosanne Casimir, Chief of the Tk’emlúps te Secwépemc (Kamloops) Indian Band, of “the confirmation of the remains of 215 children who were students of the Kamloops Indian Residential School.”

No one should be surprised by such politically driven transformations though they might need to be reminded that there is still no evidence of any missing IRS students buried anywhere on the Kamloops reserve combined with plenty of convincing evidence found here and here pointing to the contrary. The best evidence of all is the absence of relatives in the past or present searching for missing Kamloops IRS students.

The origin of these makeovers, all government-funded with no strings attached, began in 2015 when the agreed upon mandate of the TRC to “Acknowledge Residential School experiences, impacts and consequences” was arbitrarily reinvented by the indigenous-led Commission into a search for “the complex truth about the history and the ongoing legacy of the church-run residential schools, in a manner that fully documents the individual and collective harms perpetrated against Aboriginal peoples.”

This switch from a holistic IRS study to one focusing on negative features nicely corresponded to the unsubstantiated testimonies of some 6,500 self-selected IRS “Survivors” whose school recollections were accepted without question. So were the testimonies of the over 38,000 former students who related stories of abuse, including criminal assault, in hearings between 2007 and 2017, resulting in a total of $3.2 billion in reparations sanctioned by the Indian Residential Schools Settlement Agreement.

Another sleight of hand featuring oscillation from a search for truth to a preoccupation with recrimination, also lies at the heart of the Kamloops revelations.

When media, both Canadian and international, termed the soil disturbances found next to the former boarding school evidence of “a mass grave,” a possible sign of genocide, Chief Casimir soon called this false: “This is not a mass grave. These are preliminary findings,” she said on June 3, 2021.

This did not prevent her from reversing course at the December 2021 annual general meeting of the Assembly of First Nations, Canada’s most influential indigenous lobbying group, by tabling the following motion:

“THEREFORE BE IT RESOLVED that the Chiefs-in-Assembly:

1. Stand in solidarity with the Tk’emlúps te Secwépemc and all survivors of the Residential School System and their families and assert that the mass grave discovered at the former Kamloops Indian Residential School reveals Crown conduct reflecting a pattern of genocide against Indigenous Peoples that must be thoroughly examined and considered in terms of Canada’s potential breaches of international humanitarian and human rights law.”

When virtue signaling — traditionally defined as using nice words as opposed to doing good works reigns supreme — behaviour like this can easily be ignored by those guilty of the same conduct. But in the case of the IRS, the nice words have been operationalized by supposedly virtuous actions: the allocation by the federal government of $320 million and millions more from provincial governments to search for missing children no one has reported missing. Indigenous and government perfidy seem to be two sides of the same coin.

But what makes the National Day for Truth and Reconciliation more ill-conceived, even retrogressive, is its failure to acknowledge and address the real adversities facing many indigenous people, hardships and pathologies rooted in the long history of contact between Canada’s aboriginal settlers and the Europeans who followed them.

This history reveals that the Royal Proclamation of 1763, the signing of apartheid-like treaties, the enactment of the separatist Indian Act, and other legislation and practices that retarded the absorption of Western European beliefs, values, and practices have made indigenous people worse off than they would otherwise be.

Truly, these are horrific and shameful socio-economic outcomes in one of the richest and most advanced countries in the world.

All these long-standing deprivations and pathologies were well known when Prime Minister Pierre Trudeau failed in his attempt to enact the provisions of his 1969 White Paper calling for the extinguishment of the racist Indian Act, gradual privatization of reserve lands, abolition of the paternalist Department of Indian Affairs, and “removing the specific references to Indians from the [1867] constitution … to end the legal distinction between Indians and other Canadians.”

After his efforts were aborted in 1970, following a huge outcry from the indigenous establishment, Trudeau angrily retorted: “We’ll keep them in the ghetto as long as they want.”

And this is exactly where too many aboriginals have languished ever since. With the dependency-enhancing and ghettoizing ethnic-based privileges growing by leaps and bounds ever since, with the gratuitous but lucrative scapegoating of the IRS in overdrive since the announcement of the Kamloops burials, and with no rational discussion of why destructive indigenous policies are reinvented time and again, there is little hope that a proud and confident indigenous people will ever be recognized, and recognize themselves, as full and equal citizens of Canada instead of seeing themselves, and being seen by others, as a race apart and as Canada’s eternal victims.