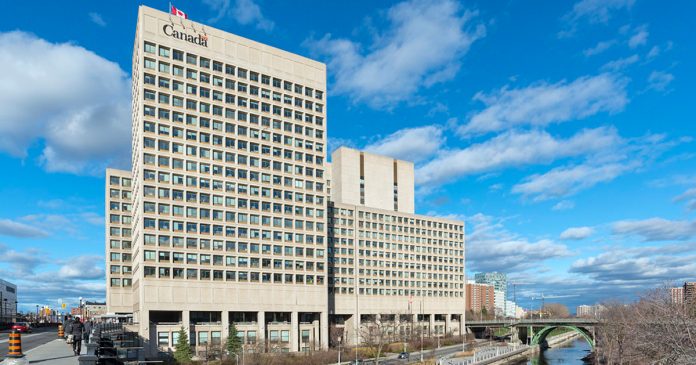 It used to be that high school and college graduates would forgo the potentially bigger money and gamble of the private sector for the security, benefits and gold-plated retirement packages in the federal civil service.

There was also the benefit of anonymity, particularly in government-town Ottawa where every afternoon like clockwork, the offices and cubicles empty as literally thousands head to the exits and home.

But those were the days.

Now comes news, thanks to an order paper question tabled by the Conservatives last week at the request of MP Kelly McCauley,  that 90% of public service executives — collected $190 million in total bonuses in 2021-2022 – including those who in passport offices.

In an interview, McCauley called the bonuses “frustrating” and “disappointing” at a time when Canadians are reeling financially from Covid lockdowns and decades-high inflation rates, among other rising costs.

“We should not be rewarding departments that have people waiting outside 12 hours in the snow for a passport,” McCauley said. “We shouldn’t be rewarding anyone at immigration when there’s record backlogs for reuniting families.”

Not the passport office, you say, where waiting for a passport was more akin to Waiting for Godot?

Well, the Employment and Social Development Canada (ESDC), which oversees Canada’s passport program, paid out $11 million in bonuses for an abysmal failure.

This is totally wrong.

According to the government’s website, executives must meet or exceed commitments contained in their respective annual performance agreements as well as show six “leadership competencies” to be eligible for a bonus.

“Performance pay is an important component of executives’ total compensation package but must be re-earned each year,” Treasury Board Secretariat spokesperson Barb Couperus said in a statement.

“The at-risk nature of performance pay helps to hold executives accountable for delivery of results and excellence in leadership. Executives who do not meet performance expectations or cannot be assessed are not eligible for performance pay.”

With $11 million going to passport executives, who are obviously among the worst in the federal civil service, the Canadian taxpayer is being robbed by bandits in bureaucrats’ clothing.

There should be an uproar in the legacy media but, thus far, there’s been practically zilch.

McCauley also noted that in 2020-2021 (which last year’s performance bonus payments were based on), government departments and agencies only met 45.7% of their combined 2,722 departmental performance results, according to a federal database.

“When you’re missing targets over 50% of the time, taxpayers should not be rewarding failure,” he added.

But this is not new.

The federal government paid out over $171 million in bonuses to executives and public servants for 2019-2020, despite departments achieving less than half of their performance objectives overall that same year.

“You can only shake your head at it,” said McCauley. “I call it a very expensive participation award. Whether you fail or not, you get it.”

So it is no small number.

Neither is a $190-miilion payday in bonuses … a reward for a large failure — a failure bonus.

Gone are the days, therefore, when the private sector paid the most, even though their last pay raise was likely too long ago to remember.

Now the federal public service reigns, even though it is wholly unjustifiable.

Ripping off the taxpayer never is.