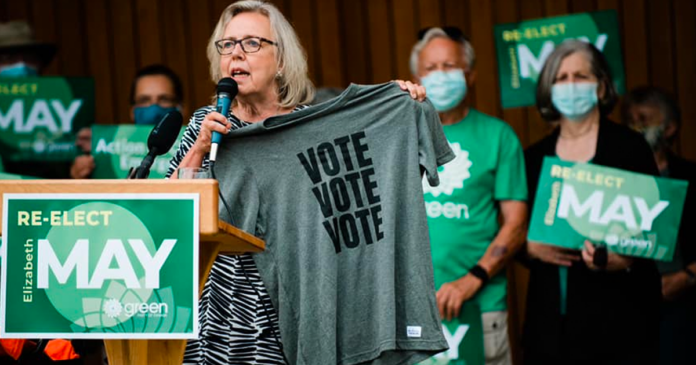 Mass resignations have forced the Green Party of Canada to change its leadership race plans as people flock to leave the party’s leadership organizing committee.

According to a recent news release by Green Party press secretary Fabrice Lachance Nove, members will now only have one round of voting to elect their new leader by Nov. 19.

“This will allow all six candidates to run their campaigns through the November voting period.”

The announcement follows a handful of resignations, including leadership committee president Lorraine Rekmans as well as three other committee members.

“In moments like these I wonder – how can I ensure other people’s safety if I can’t even ensure my own?” said Kuttner about the incident.

The party stood behind Kuttner claiming it was an example of a pattern of “harassment” by some in the party.

“The September 3 incident was but the latest in a number of similar behavioural patterns that Dr. Kuttner has faced throughout their tenure,” a Green Party statement read.

After her resignation, Rekmans wrote that she was wrongly accused of being at fault over the incident.

“I find that some in [Green Party], wish to cling to the image of a political party that is the same as all the other political parties in Canada, fuelled by money, and controlled by people who wield power,” said Rekmans.

“I … recognize how deep the manipulation went prior to this event by Interim Leader, Dr. Amita Kuttner, although I’m not certain if you were aware that you were doing this or if you too were being manipulated,” Brooks explained in a Facebook post.

“I have lost all faith in Caucus and those who they choose to hide behind.”