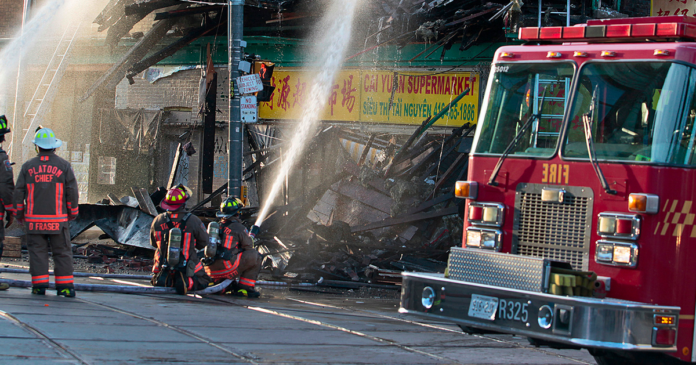 The City of Toronto has refused to back down on a vaccine mandate for firefighters as organizations and governments across Canada do away with the requirement.

A recent letter by Fire Chief and General Manager Matthew Pegg outlines how firefighters are still required to have one or two shots of a Covid vaccine despite a lengthy arbitration with unvaccinated firefighters.

“The discipline issued to you as a result of non-compliance with the policy shall be removed from your record and your lost service and seniority will be restored,” explains Pegg.

“However, until such time as you provide proof of full vaccination in accordance with the policy or until further notice to you, you shall remain out of the workplace on a leave without pay or benefits, and your status as a city of Toronto employee will remain.”

The letter comes after 13 unvaccinated firefighters won a ruling which declared that the city acted in an unreasonable manner by firing those who refused to get the shot.

“While the arbitrator said the discharge of firefighters who refused to be vaccinated was, in effect, automatic and accordingly, unreasonable, the policy still stands. The arbitrator did not order the city to automatically reinstate the firefighters to active duty, though they have now been reactivated as city of Toronto employees,” he continued.

In comparison, Toronto Police Service officers who were unvaccinated have been allowed to return back to work while other first responders like firefighters have not.

The Toronto Professional Fire Fighters Association has not responded to the Fire Chief’s letter to unvaccinated staff.

“The Mayor has always supported our first responders and is thankful that 99% of City employees, including first responders, got vaccinated. He believes this helped ensure we could maintain frontline services throughout the pandemic.”