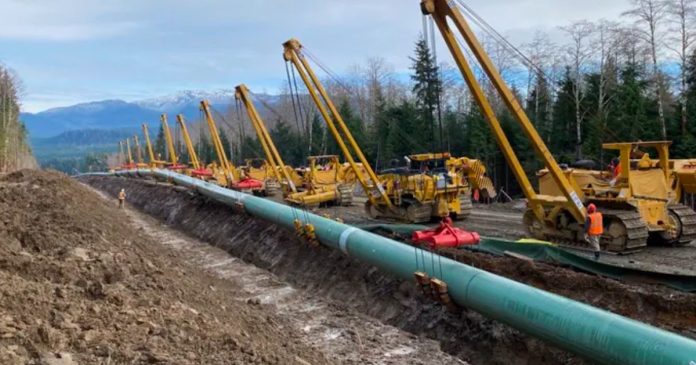 Thousands of workers have flocked to the northern British Columbia community of Kitimat where LNG Canada ramps up its construction with the eventual goal of exporting natural gas by the middle of the decade.

“It’s an exciting time to be here,” said Klein.

About 70% of the project has been completed since it began construction in 2018. At its height, the pipeline will require up to 7,500 rotating workers – nearly matching Kitimat’s population of 8,500.

Workers are being accommodated at Cedar Valley Lodge where room for 4,500 people has been set up.

According to BC Liberal MLA Ellis Ross the economic activity of the pipeline’s construction has helped the Haisla Nation residents.

“The Haisla Nation has its own money, and we’ve built a youth centre,” said Ross.

Ross also noted how the world needs Canadian energy more than ever referencing the ongoing crisis in Europe as a result of Russia’s invasion of Ukraine.

“Europe is in an energy crisis. But the rest of the world – those that understand energy – is laughing at Canada,” said Ross.

In LNG Canada’s latest mid-year update, the company noted that over $3.7 billion in procurement and contracts have been awarded to BC companites with $3 billion of the funds going towards local and Indigenous ones.

“Our pace of progress has increased. Right now, approximately 5,000 Canadians are employed at our site in Kitimat. That number will continue to grow as we reach peak construction this year and next,” wrote Klein in July.

“And as we prepare for the next 40 years of safe, reliable operations, we’re offering hundreds of long-term roles to local British Columbians. We’re now recruiting the people who will run and maintain our facility, for decades to come.”