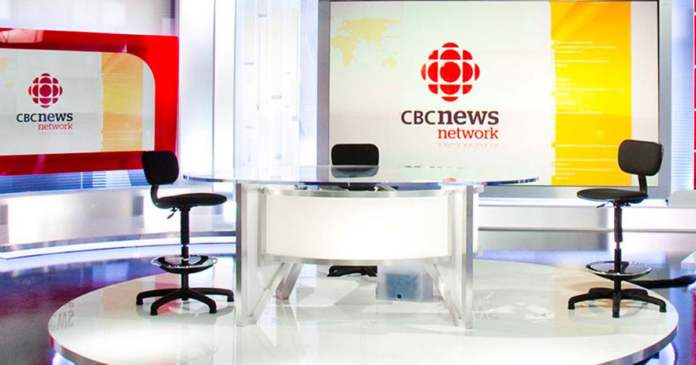 Critics of the CBC have long complained of the public broadcaster’s liberal bias — both involving its seeming love affair with the federal Liberal party, as well as its progressive ideals in general.

It’s one of the reasons Conservative leader Pierre Poilievre’s threat to defund the CBC — which presently receives an annual $1.3 billion stipend from the government—received such overwhelming applause on the campaign trail for the Tory leadership.

The state broadcaster was reportedly considering removing the supposedly age-old requirement for its journalists to be objective.

The trouble is that the story, published in the National Post, was a load of malarkey, and embarrassment at its publication could have been avoided simply by reaching out to the CBC for comment.

But, alas, no. It’s almost hilarious, but a case in point?

In an interview between the CBC’s Vassy Kapelos and Foreign Affairs Minister Melanie Joly last week, it became evident that Joly didn’t know what she was talking about.

The subject was the ongoing wave of violent street demonstrations in Iran against the country’s Islamic religious police, a force notorious for its heavy-handed enforcement of mandatory headscarves on Iranian women.

Although Joly promised sanctions against Iran, she hesitated on who specifically would be sanctioned and appeared not to know that Canada already lists Iran as a state sponsor of terrorism.

But Joly was not called out on it, whereas she most likely would have been so if she had appeared on a private broadcasting network like CTV or Global.

Under CBC’s Journalistic Standards and Practices, the network’s reporters are forbidden from expressing personal opinions or partisan leanings.

“Our value of impartiality precludes our news and current affairs staff from expressing their personal opinions on matters of controversy on all our platforms,” it reads.

The sentiment is mentioned again in a section governing the use of social media for CBC employees. (Emphasis mine)

“The expression of personal opinions on controversial subjects, including politics, can undermine the credibility of CBC journalism and erode the trust of our audience,” it reads. “Therefore, we refrain from expressing such opinions in profiles or posts for any account which identifies or associates us with CBC/Radio-Canada.”

The policy has also taken the form of corporation-wide memoranda.

After the re-election of Conservative prime minister Stephen Harper in 2011, for example, employees were reminded not to publicly express any disappointment at the outcome.

Removing objectivity requirements for CBC staff — especially for its visible minorities — has been a demand of the corporation’s primary union for more than two years now.

In 2020, at the height of Black Lives Matter demonstrations stemming from the police killing of George Floyd in the United States, the Canadian Media Guild issued a letter to CBC’s senior management urging the broadcaster to “dismantle structural racism” and diminish the power of “white editors.”

The letter said that objectivity requirements effectively forbade CBC employees from speaking “freely about their identities and lived experiences” and called on managers to stop disciplining reporters who defend “their humanity or that of others.”

The problem with all this, of course, will be even more obvious.

Liberal and liberal bias, if only because both are so deeply seated in the corporation’s DNA.

The CBC must therefore be careful of what it wishes for.

Because it will likely come back to bite it in its financial assets.