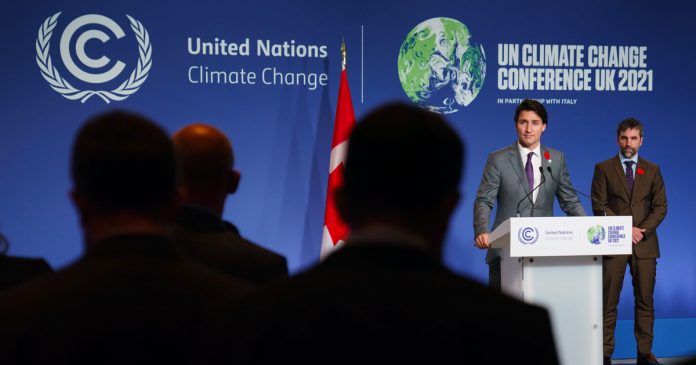 The head of a major First Nations natural resources group is blasting the Liberal government’s 42% emissions cap on the oil and gas sector as a “political statement” that will inevitably hurt the quality of life of Indigenous people.

Executive director of the Indigenous Resource Network Robert Merasty said that the cap doesn’t take into account how much the energy industry has contributed to bringing Indigenous communities out of poverty.

“Nobody supports the protection, the stewardship of our Mother Earth more than our Indigenous communities…that’s paramount. But we also have to address the dilemma of how we address the poverty,” said Merasty.

“It’s really (been) an issue of government dictating what must be done instead of sitting and discussing and asking what should be done. That’s the fundamental approach here.”

According to Merasty, the federal government has not consulted with the wide range of views present in the Indigenous community with regard to what role the oil and gas sector can play in their societies.

“That’s what I disagree with: Political people making their own statements without consulting with … rights holders… In our Indigenous communities, we are rights holders. We have, absolutely, certain rights that are identified within the Constitution of Canada. You need to have meaningful talks,” said Merasty.

“So let’s sit down and talk about what’s digestible in terms of addressing our climate change. Let’s sit down and talk about how do we do it together. Because in the midst of an energy crisis that Canada is having, we can’t simply shut off our energy productions and (be) purchasing our energy from other countries. That does not make economic sense.”

“We did consult in preparing this plan. It’s not something that we did on our own in Ottawa. There was a lot of consultation. I’m hearing from some Indigenous representatives that there are too much consultations that we’re doing right now on environmental issues or climate change,” said Guilbeault.

Others including the First Nations Financial Management Board have also spoken out over the federal carbon cap.

“GHG reporting will likely have a negative effect directly and indirectly on the Indigenous economy, but, at the same time, it will not include reporting on the value of Indigenous stewardship of traditional territories or “natural capital.” The value of this stewardship is far in excess of GHG emission reporting penalties and additional costs that Indigenous businesses, individuals and governments may face,” wrote the group in February.