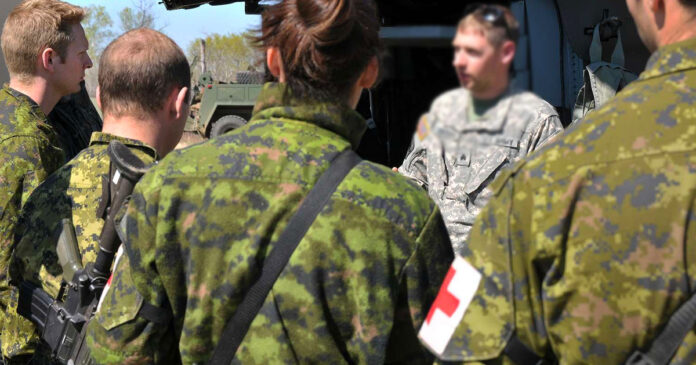 Thousands of Canadian soldiers and their families are on a waitlist for military housing, even sometimes resorting to shelter with their superior commanders.

According to the Department of National Defence, approximately 4,500 members of the Canadian Armed Forces were awaiting a decision from the Canadian Forces Housing Agency as of July.

Military housing has been identified as a chief concern given the army’s struggle to enlist new members.

At CFB Esquimalt on Vancouver Island, 700 people are stuck without housing with some sailors living in their training quarters well beyond the duration of their training.

“Something that I have done out of empathy and concern for the position that our junior sailors find themselves in is to absorb those sailors into what are meant to be training and operational accommodations,” Navy Capt. Jeffrey Hutchinson told the Canadian Press.

Soldiers have even been told to contact aid organizations like Habitat for Humanity due to a lack of military housing.

“The challenge for the navy is that we recruit people from across Canada, and then we move them to two places in Canada that have among the highest housing cost rises and lowest vacancy rates,” Vice-Admiral Angus Topshee told the Canadian Press.

“Victoria has always been more expensive than Halifax. But over the past couple years, we have seen vacancy rates plummet in Halifax and prices go through the roof.”

“This is something where we’re hoping that the provinces and the federal government and municipalities get together and figure out: how do we create enough housing for all Canadians.”

Soldiers struggling to find housing comes at a time of an increasingly hot housing market throughout Canada with home prices reaching record levels in high-density places like the Greater Toronto Area or Metro Vancouver.
The housing situation has led to 108,000 Ontarians abandoning their home province to find more affordable housing elsewhere according to recent Statistics Canada data.