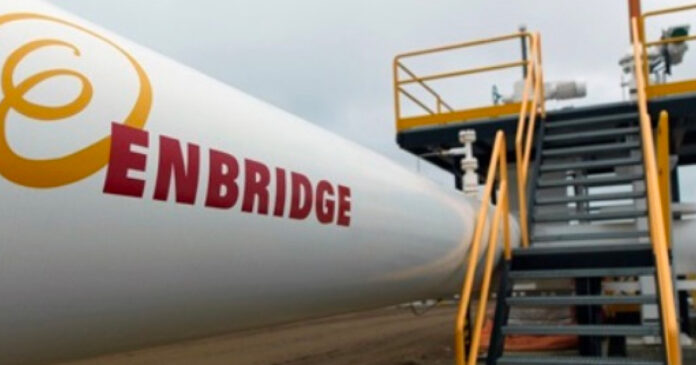 Over two dozen First Nations communities have signed an historic deal to acquire a $1.12 billion stake in seven Enbridge pipelines in Alberta.

The Treaty 6 and Treaty 8 communities have a 11.57% operating interest in seven different pipelines running through their territories.

Conservative MP Shannon Stubbs lauded the deal for being a secure source of income to help build new infrastructure in the House of Commons on Wednesday.

“We celebrate the historic agreement between Enbridge and 23 First Nations and Metis communities. They now own 12% or over a billion dollars of pipelines in Athabasca region with long-term predictable cash flow to build schools, fix roads, meet basic needs and improve quality of life,” said Stubbs.

“Indigenous people have long been partners, contractors, workers, supporters, buyers and producers of oil and gas. They’re leaders in Canadian natural resources but the Liberals’ anti-energy agenda risks dozens of Indigenous-led and supported projects from pipelines to mines to LNG.”

Estimates place the amount of expected income generated by the deal to over $10 million per year.

“This is a big deal,” said outgoing Alberta Premier Jason Kenney last week. “This is the single largest Indigenous transaction in the natural resource sector in the history of North America.”

Funding for the transaction was provided in part by the Alberta Indigenous Opportunities Corp (AIOC), and a private placement.

“These communities may not otherwise [have] been able to access the kind of capital required to facilitate equity share ownership in projects of this size and magnitude,” explained AIOC CEO Chana Martineau.

AIOC is a provincial Crown corporation first established in 2019 to help foster First Nations involvement in natural resource developments throughout the province.

Negotiations and the final details of the agreement are expected to wrap up in October.