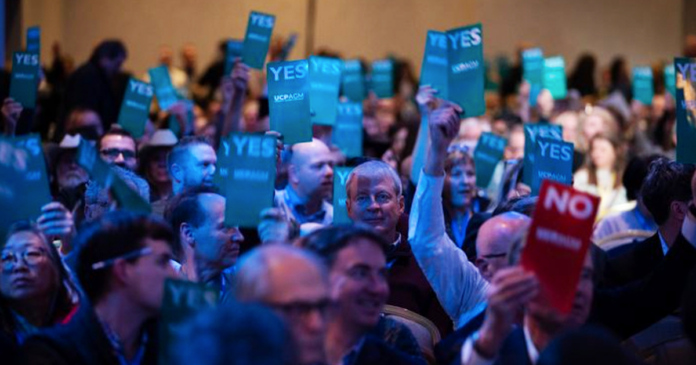 The results of the United Conservative Party (UCP) leadership race will be delayed by about two hours, the party has announced.

The party is hosting an event at the BMO Centre in Calgary Thursday night to announce its new leader. The event broadcast was supposed to begin at 5:30 pm MT. It will now begin at 7 pm MT and results will be announced 30 minutes later.

The party said the mail-in ballot count is moving along, but there are over 80,000 ballots. There are more than 250 volunteers in the count room who are carefully counting each ballot, overseen by scrutineers from the leadership campaigns.

“We are adding more volunteers to accelerate progress,” the party said.

“We believe it is more important to ensure accuracy than to rush the program. We will share more updates as the day progresses.”

UCP members were able to vote in-person on Thursday. Mail-in ballots had to be received by Tuesday.

The party also said the  five in-person locations are counting the votes cast this morning with no issues reported.