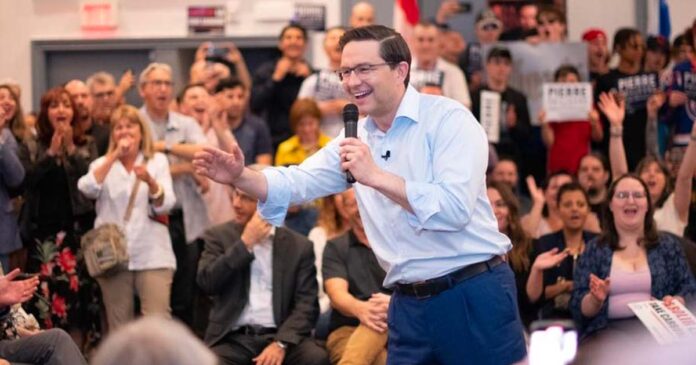 It’s Fake News Friday and once again the legacy media is hounding Pierre Poilievre more than they appear to be holding the government to account. Global News wrote an entire news story about Youtube tags used in Poilievre’s videos in an effort to make the case that Poilievre is appealing to “male supremacy” and “extremist” groups.

Not to be outdone, the National Observer wants Canadians to know that when Conservatives “stand with farmers” over Trudeau’s fertilizer reduction scheme, Conservatives and even True North are actually just pushing disinformation.

The CBC has once again given Canadians something none of us asked for – a new program called Lido TV focused on colonialism, racism and privilege. At first glance, it appears to be a children’s show, but apparently the producers at the CBC think a talking tomato discussing colonialism will appeal to Canadian adults.

To wrap up the show, the once-funny CBC program ‘This Hour has 22 Minutes’ announced that for the show’s 30th season they will be addressing racism and inflation. How exciting!

Tune in to Fake News Friday with Harrison Faulkner and Rupa Subramanya now!