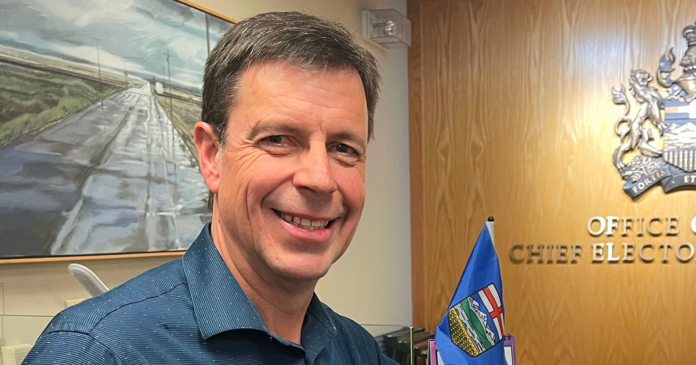 Loewen’s attendance suggests he’s likely to return to the party, which Premier-designate Danielle Smith has signalled will take a new direction.

Loewen confirmed to True North on Friday morning that he attended the caucus meeting — the first following the leadership race which saw Danielle Smith elected leader Thursday night on the sixth ballot with 53.8% of the vote.

Loewen placed fifth among seven candidates, dropping off on the third ballot with 7.8% of voters’ support.

Like Smith, Loewen positioned himself as an anti-establishment candidate who attacked outgoing Premier Jason Kenney’s record and the record of four opponents — Travis Toews, Rebecca Schulz, Rajan Sawhney and Leela Aheer — who were all ministers under Kenney at some point.

Unlike all other opponents who frequently attacked Smith and her Alberta Sovereignty Act, Loewen never targeted her.

Unifying the caucus will be a key priority for Smith. The sixth ballot results suggests the party isn’t united around one leader. Toews was the caucus favourite heading into the race, garnering the most endorsements of sitting UCP MLAs.

In a letter to caucus on Thursday night, Smith proposed that caucus operate with a clean slate moving forward. Good people will make mistakes in politics, she said.

“I encourage us to address past grievances privately and directly with the colleague who may have wronged you, come to peace with them, forgive and move forward together with unity and mutual respect,” she wrote.

“Our duties as MLA are far too important to be distracted by such matters in my view.”

Loewen has been clear about his desire to return to the UCP. He was booted from the caucus last year with Drew Barnes, after criticizing Kenney’s Covid-19 pandemic handling and his lack of progress on a fair deal for Alberta. The pair were removed by a vote from caucus.

Barnes was not invited to attend Friday’s caucus meeting.

During the leadership event in Calgary on Thursday night, he told True North he would be interested in returning to the UCP caucus.

“As long as the new premier — which will be (elected) just a few hours from now — is focused on smaller government, lower taxes, more economic freedom and more individual opportunity, absolutely, I want to be a part of that,” he said.

But, Barnes doesn’t think the decision should come down to a caucus vote because Kenney had his “thumbs on the scales of that decision” and “orchestrated” his and Loewen’s dismissals, he said.  He also said the vote to remove him wasn’t a secret ballot, meaning the MLA’s decision could be scrutinized by the leadership.

“If the people of Cypress-Medicine Hat want me back in, I should be back in,” he said.