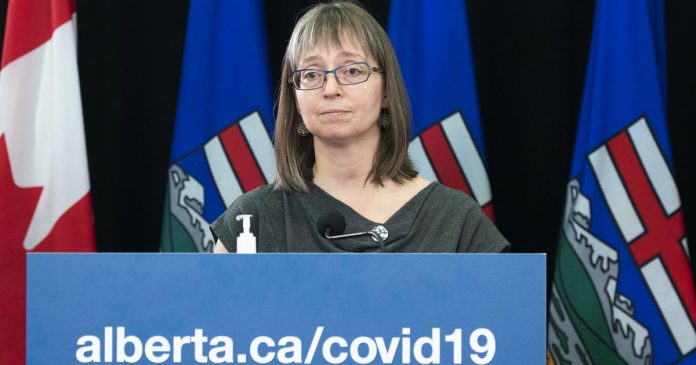 At her first press conference as premier, Smith was asked whether she’ll keep Hinshaw as her primary public health advisor just hours after being sworn in as premier.

“No, I will get new advice on public health,” Smith said Tuesday in Edmonton.

“I appreciate the work that Dr. Deena Hinshaw has done, but I think that we’re in a new phase where we are now talking about treating coronavirus (as) influenza,” she continued.

Smith campaigned on overhauling Alberta Health Services, including changes in management. She’s been critical of the treatment of the unvaccinated, who were barred from restaurants and gyms for a period.

Smith also promised to amend human rights legislation so Albertans are not discriminated against on the basis of medical decisions again.

She reiterated those calls on Tuesday.

“We are not going to create a segregated society on the basis of medical (decisions),” she said.