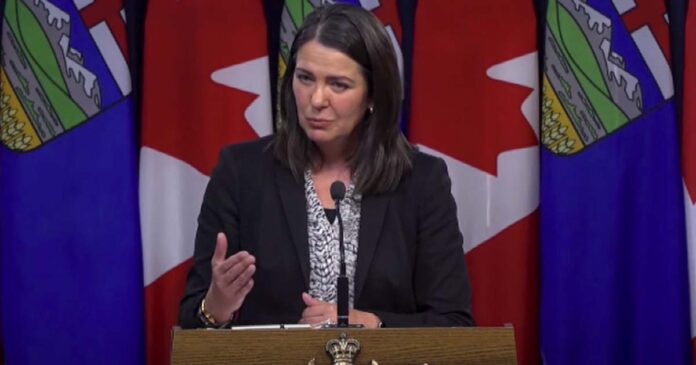 At Alberta Premier Danielle Smith’s first press conference, she condemned vaccine discrimination and vowed that Alberta will never return to lockdowns or segregation based on vaccine status.

This comes the same day a Pfizer executive admitted the drug company had to release the vaccine “at the speed of science” and thus didn’t study its effect on transmission.

True North’s Andrew Lawton says the vaccine passport regime was based on a premise that has crumbled. Also, a look ahead at the Public Order Emergency Commission’s upcoming hearings.