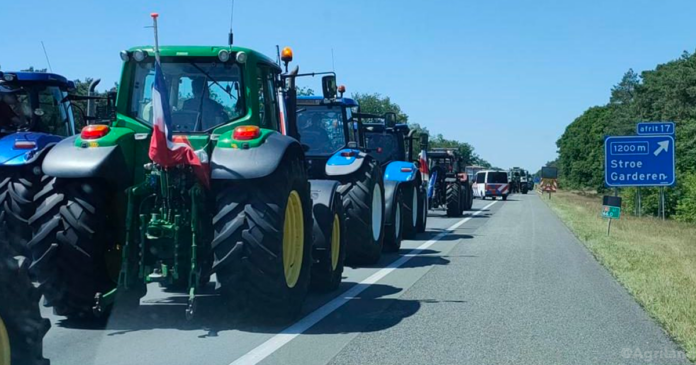 A leading global food security organization warned parliamentarians at the end of September that Liberal government fertilizer emission reduction targets could lead to an unintended loss of trust in the agriculture sector.

At a Sept. 28 meeting of the House of Commons Agriculture Committee, industry experts painted a picture of farmers being stuck between a rock and a hard place when it comes to meeting the voluntary targets while pocketbooks are impacted by skyrocketing fertilizer prices.

CEO of Global Institute for Food Security Steve Webb said that while the “intention of the policy” was good, it was too narrow and did not consider economic and social spheres.

“The approach is only being looked at in the context of the emissions standard. We need to take that holistic production intensity approach to ensure that we have a policy framework that delivers economic, environmental and social outcomes that lead to sustainability,” said Webb.

Should farmers fail to meet the arbitrary targets set by the federal government, that could in turn lead to a loss of trust in the sector, explained Webb.

“Not doing so will paint an inaccurate picture of how sustainable Canadian agriculture is and will lead to public mistrust of our resilient and sustainable agriculture system. This will in turn negatively impact export opportunities,” he said.

According to Webb, there needs to be more pride in how far Canadian farmers have come when it comes to reducing the use of nitrogen fertilizer and other sustainability practices.

“Canada is one of the world’s most sustainable producers of food. We need to be proud of the strides we have made and how far we’ve come,” explained Webb. “Remarkably, on a production intensity basis, farmers in western Canada have decreased nitrogen fertilizer use by 28% per bushel per acre over the last 30 years.”

Webb also stressed that farmers have already achieved a 22% increase in land used in production while reducing fertilizer application at the same time.

Meanwhile, the executive director of the Canadian Federation of Agriculture, Scott Ross, pointed to the fact that farmers face fertilizer scarcity at a time of historically high costs given global geopolitics and other factors.

“For example, farmers across eastern Canada continue to experience uncertain access to fertilizer and recognize that scarcity of this essential input is potentially a reality for years to come,” said Ross. “Policies like the tariff on Russian fertilizer only contribute to higher prices for essential inputs, as producers already contend with historically high operating costs.”

Canada implemented a 35% tariff on fertilizer imported from Russia and Belarus earlier this year as a response to the Russian invasion of Ukraine. Russia is the world’s second top producer of fertilizer following Canada.

In 2022, Ontario farmers faced a shocking 238% increase in fertilizer prices.

“Fertilizer is one part of that price: Shortages were real, right up to the time of planting. Retailers were rationing fertilizer because shipments were blocked by sanctions put in place in Canada.

This year, Ontario farmers paid 238% more than they did in the spring of 2020,” Chairman of the Grain Farmers of Ontario told the House of Commons International Trade Committee on Sept. 23.