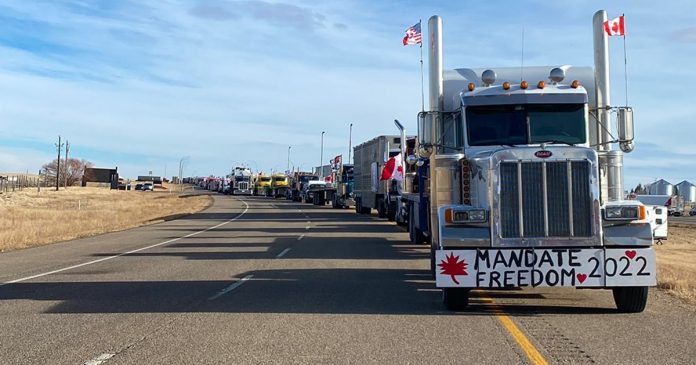 Lawyers representing the Alberta government said in their opening remarks before the Public Order Emergency Commission on Thursday that the Emergencies Act was unnecessary.

The investigation kicked off this week and will seek to determine whether the Trudeau Liberals met the legal threshold required to invoke the Act to end the month-long Freedom Convoy in the nation’s capital.

Government of Alberta lawyer Mandy England argued before Commissioner Paul Rouleau that the province believes it’s important to show how Alberta dealt with the Coutts border blockade before the emergency powers were triggered.

“None of the powers that were created under the federal Emergencies Act were necessary, nor were any of them used,” she said.

England says Alberta believes the federal government failed in its duty to consult with the provinces. Trudeau’s decision to trigger the law was made before Trudeau’s call to premiers on the morning of February 14, she said.

Justice Minister Tyler Shandro said Wednesday that the province will demonstrate the Coutts border blockade was “effectively dealt with” prior to the federal government’s decision to invoke the Emergencies Act.

“The decision to invoke the act violated the constitutionally guaranteed rights of Albertans and gave the federal government the ability to seize property without due process of law.”

Shandro also said Alberta has the legislative tools necessary to deal with blockades.

“The unnecessary invocation of the Emergencies Act has set a dangerous precedent and it is incumbent upon Alberta to challenge the violation of the rights of Albertans and all Canadians,” he said.

His comments follow Alberta’s move to intervene in legal challenges initiated against the federal government by the Canadian Constitution Foundation and the Canadian Civil Liberties Association earlier this year.

The Public Order Emergency Commission will hear from more than 60 witnesses, including Prime Minister Justin Trudeau and other Liberal ministers. Public Safety Minister Marco Medicino, who falsely claimed that the Ottawa police had asked the government to invoke emergency powers, will also testify.