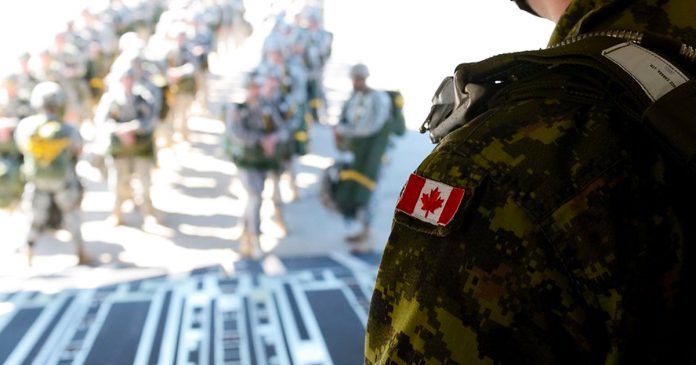 The head of the Canadian Armed Forces (CAF) will be moving full steam ahead with his plan to purge the military of soldiers who made a personal health decision and refused to be vaccinated against Covid-19.

While the new vaccination policy by Chief of the Defence Staff. Gen. Wayne Eyre no longer makes the Covid-19 shot mandatory for all members, those who refused to be vaccinated when it was mandatory will continue to be discharged.

A total of 300 soldiers have been subject to an “unsuitable for further service” release from the military while 100 have voluntarily left the Canadian Armed Forces.

As exclusively reported by True North in Nov. 2021, the release faced by unvaccinated CAF members applies to those who “either wholly or chiefly because of factors within his control, develops personal weakness or behaviour or has domestic or other personal problems that seriously impair his usefulness to or impose an excessive administrative burden on the Canadian Forces.”

The release will be a permanent stain on the record of the unvaccinated CAF members bearing serious career consequences.

“Additionally, a Canadian Armed Forces member’s unvaccinated status may have additional consequential career implications, including loss of opportunities contributing to promotion, which are outside of Canadian Armed Forces control,” a Department of National Defence spokesperson explained to True North last year.

“Morale is at an all time low with Canadian Forces short thousands of members, yet even those who’ve had the first COVID inoculation suffered serious adverse reactions and had cardiologists recommend foregoing subsequent injections are sent packing without earned pensions and benefits,” said Gallant.

“Even Russell Williams was afforded his pension, so why are soldiers who’ve served honourably for decades being treated worse than a convicted serial rapist and murderer when it comes to refusing a new vaccine?”

According to Eyre, the refusal of soldiers to be vaccinated raised concerns about their suitability for the military.

Some positions will still require CAF members to attest Covid-19 vaccination status depending on specific circumstances and roles.