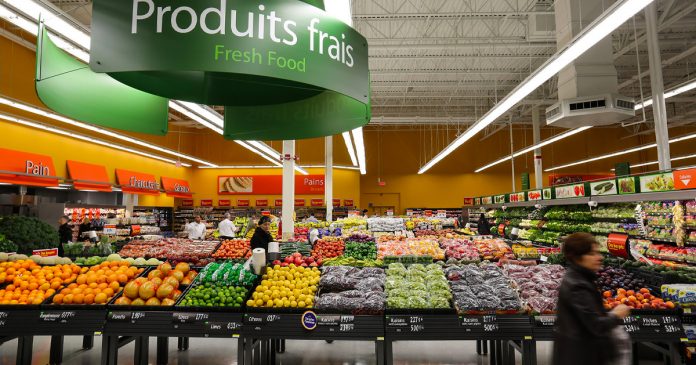 The latest monthly report on inflation from Statistics Canada reveals that the price of food and other consumer goods continues to rise, a sign that the damaging effects of inflation are far from over.

Most alarmingly, StatsCan writes in their October release that “in September, prices for food purchased from stores (+11.4%) grew at the fastest pace year-over-year since August 1981 (+11.9%).” This means the ongoing rise in food prices has hit a 40 year high.

The overall inflation rate in Canada has in fact gone slightly down with the Consumer Price Index rise dropping to 6.9% in September down from August’s 7%. But the drop is due almost entirely to a decrease in gas prices that was caused by a spike in global oil supply.

Last week, the Royal Bank of Canada announced that they’re anticipating a moderate recession to hit Canada in early 2023.

“Cracks are forming in Canada’s economy,” reads an update by RBC economists Nathan Janzen and Claire Fan. “Housing markets have cooled sharply. Central banks are in the midst of one of the most aggressive rate-hiking cycles in history. And while labour markets remain strong, employment is down by 92,000 over the last four months.”