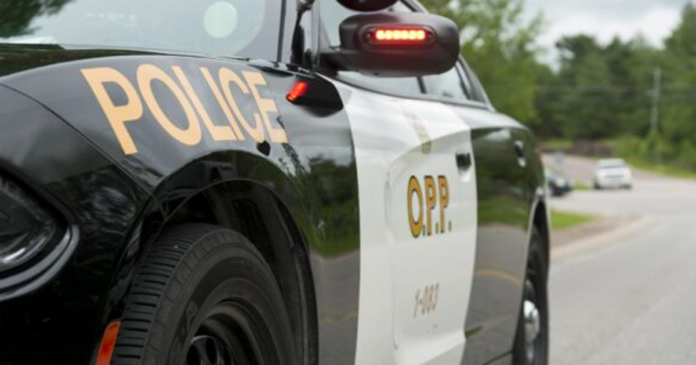 Ontario Provincial Police (OPP) intelligence officer Pat Morris testified that they had spies embedded into the Freedom Convoy protest to collect information on participants ever since trucks began arriving in Ottawa.

From January 29, one day after the trucks arrived, the OPP had officers in the crowds collecting the “mood, tenor and plans” of the protesters.

Morris revealed the OPP’s plans while testifying in front of the Public Order Emergency Commission (POEC) on Wednesday.

Despite testifying that a narrative circulated about extremism in the protests in Ottawa and Windsor, the protests never reached the OPP’s threshold of a threat to national security according to reports by the National Post.

“Everybody was asking about extremism. We weren’t seeing much evidence of it,” Morris said.

Morris stated that OPP “found no credible intelligence of threats,” and that “the lack of violent crime was shocking.”

Morris found the legacy media’s portrayal of the events “problematic.” He never saw proof that the protests were inspired or influenced by Russian or American sources.

Morris also confirmed that intelligence reports were received by former Ottawa Police Services (OPS) Chief Peter Sloly saying that protesters were planning to stay “long-term” despite claims from OPS officials that they did not expect the protest to last more than the first weekend.

According to a Jan. 20 Hendon report – codenamed after an operative employed to surveil protesters – OPP intelligence warned that convoy protesters had “no exit strategy for departing Ottawa” and that they had planned to stay until all Covid-19 restrictions were lifted.

“There was no exit strategy, but there were extensive demands being placed. And the fact that we felt those demands could not be met meant that they, meaning the protesters, would be there for a long period of time,” Morris said in the hearing, even expecting the protests to last multiple weeks or months.

When cross examined by lawyer Brendan Miller, Morris said that he has no evidence of espionage, sabotage, or foreign influence.

“I saw online rhetoric, I saw information on social media, I saw assertions of that type of activity. I’m aware of no intelligence that was produced that would support concern in that regard,” Morris responded.

The POEC is expected to continue for several weeks before reaching a conclusion on whether the invocation of the Emergencies Act was justified. Notable witnesses will include Interim Police Chief Steve Bell, former Police Chief Peter Sloly, organizers Tamara Lich, Chris Barber and Tom Marazzo.