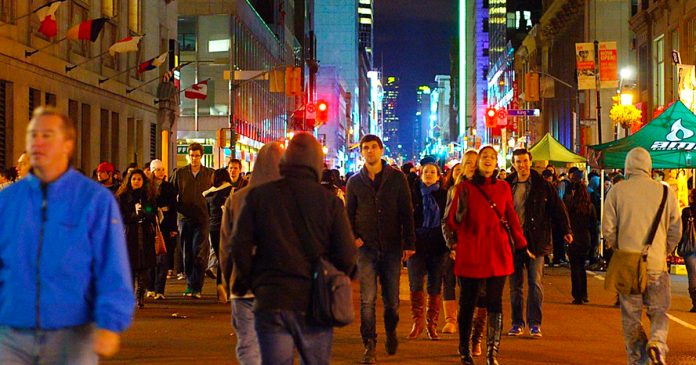 The latest set of results from the 2021 Census shows that the portion of Canadians who were immigrants is the largest it has been since the country’s founding. Immigrants now make up 23% of the population, or over 8.3 million people.

Canada now ranks as the top G7 country when it comes to percentage of immigrants. A majority of immigration to Canada is from Asia and the Middle East.

“If these trends continue, based on Statistics Canada’s recent population projections, immigrants could represent from 29.1% to 34.0% of the population of Canada by 2041,” wrote analysts.

The Liberal government has boosted immigration levels with a goal of accepting nearly 500,000 new immigrants this year.

Immigration has also contributed heavily to the labour force with nearly 80% of new workers being immigrants between 2016 and 2021.

Census data also noted a shift in where immigrants are moving to. Areas like Kitchener, Ottawa and even Atlantic Canada saw a boost in the number of immigrants.

Fewer Canadians also identified as being religious in 2021, however according to the research think tank Cardus, 65% still had a religious affiliation. Christianity remains the largest religious denomination in Canada with 53.3% of people identifying as Christian which is significantly lower than the 67.3% reported in 2011.

The percentage of people who reported no religion or identified as secular also spike from 23.9% in 2011 to 34.6% in 2021. People who reported practicing another religion was 12.1%. Cardus commissioned a poll with the Angus Reid institute in April on how devout religious Canadians are and how they are viewed by the non-religious.

“We also know from survey work by Cardus and the Angus Reid Institute that about 16% of Canadians remain religiously committed—devout in their beliefs and practices. Another 19% of Canadians are privately religious—giving them a religiously informed outlook on life,” wrote Cardus’ Faith Communities Program Director Andrew Bennett in a press release.

“Importantly, the rise in non-religious Canadians isn’t necessarily benign or neutral. Cardus-Angus Reid Institute survey work suggests that those with no religious affiliation have strongly negative attitudes toward many religious groups, especially Christians and Muslims.”

According to Bennett, the data shows that secular Canadians have a long way to go when it comes to tolerating those with religious affiliations.

“(The non-religious) also express barely positive attitudes toward Judaism, Sikhism, and Hinduism. The census numbers suggest we’ll all have to work extra hard to defend and increase respect for Canadians who are religious,” he said.