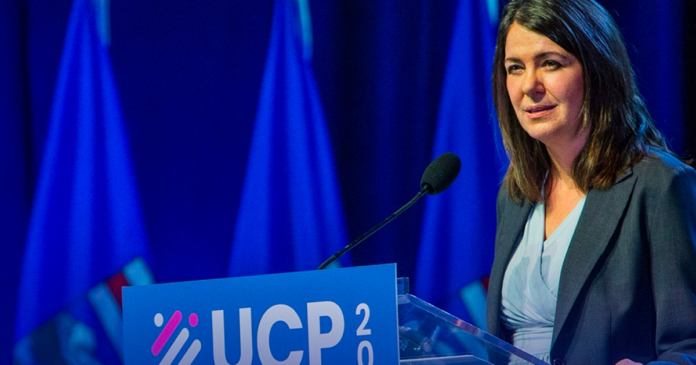 Alberta Premier Danielle Smith is leaving the door open to giving back pay to unvaccinated provincial employees who were laid off during the pandemic due to vaccine mandates.

The New York Supreme Court on Tuesday handed a massive victory to unvaccinated city workers by ordering the city to rehire those who were fired and give them back pay.

In an interview on The Andrew Lawton Show set to be released Sunday, Lawton asked Smith whether retroactive pay will be part of the Alberta government’s response.

“Is that aspect of it something you would like to see in an Alberta response, retroactive pay for the time that these people would have been working, had they not been put out of work because of the mandate?” Lawton asked.

In response, Smith said she saw the New York decision and expects to see more court decisions “along those lines.”

“I want us to be at the lead and making amends for some of the harms that were caused over the last two and a half years,” she told Lawton.

“So I want to make sure that I’m doing things sort of in a legally appropriate way. And so I’m just going to wait until I get that legal advice, but I suspect we’re going to see more judgments like the one we just saw.”

Smith already apologized to unvaccinated provincial workers who lost their jobs. At the United Conservative Party annual general meeting on Oct. 22, the new premier apologized and invited unvaccinated workers to return if they wished.

During the pandemic, Alberta Health Services implemented a vaccine mandate and temporarily laid off unvaccinated employees. Some private businesses also required proof of vaccination from their employees.

In the three weeks since Smith won the Alberta premiership, she’s taken a strong stance on making amends to unvaccinated Albertans. In her first press conference after being sworn in as premier on Oct. 11, Smith said the unvaccinated are the most discriminated group in Canada that she’s witnessed in her lifetime.

She also said her government will move ahead with amendments to the Alberta Human Rights Act to make it illegal to discriminate based on vaccination status. She warned businesses in an Oct. 20 address to the Edmonton Chamber of Commerce to get onside with the upcoming policy.

Speaking to Lawton on Sunday’s show, Smith said she needs to consult with all government departments to find out how many staff were laid off over their vaccination status and how many returned to work. The premier said she’s heard that some businesses are still requiring Covid vaccines.

“I think that that is the first of what may be several court decisions that end up causing a rethink on what has happened over the last two and a half years,” she said.

Tune into the full episode of the The Andrew Lawton Show on Sunday at 10:00am MT.