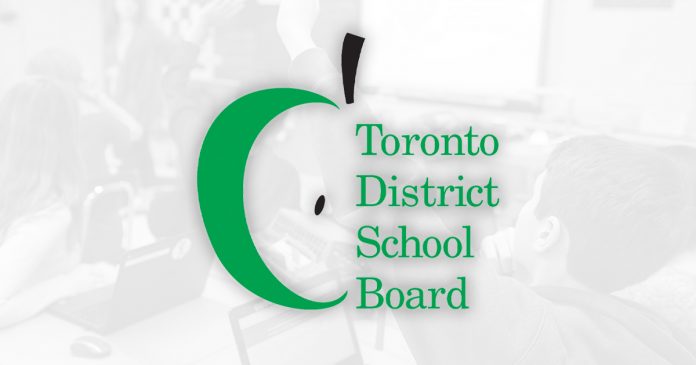 The Toronto District School Board (TDSB) will spend the month of November administering a highly intrusive survey which reaches far beyond simple demographics of its student population to ask students questions about their sexuality, their knowledge of transgender issues and more.

The confidential census for Grades 4-6 and 7-8 – copies of which were obtained by True North – has a heavy focus on feelings, mental issues, racial and ethnic identities and sexuality.

The composition of the questions demonstrate all the more that the TDSB has descended into this kind of woke social science experiment that is focused on victimhood, critical race theory and gender ideology.

It is so far removed from the mission of school boards to teach students to write, read, add, subtract, divide, multiply and to think critically it is hard to look at it without despair.

The existence of the census came to light a few days after the trustee elections — suggesting that education director Colleen Russell- Rawlins and her administrators may have held it knowing it would be controversial.

A research document released last week claims the census was one year in the making and was peer reviewed by 12 academics, most of them social justice warriors. Wayne Martino, who lists his teaching interests as queer, gender and transgender studies in education, was one of them. As was Ann Lopez, from Ontario Institute for Studies in Education, whose teaching focus is decolonizing education.

The research document makes it very clear that the census framework is rooted in “anti-racist (and critical race theory) anti-oppressive, anti-colonial and community-based” research methods.

The latter is described as a process where power is collectively shared between researchers and community members, whatever that means. These people speak in tongues.

Nevertheless, these principles come out loud and clear in the line of questioning.

The census for Grades 4-6 students is 15 pages with 65 questions.

Kids as young as nine years old are asked not just if they identify as Indigenous and learn about Treaty Lands but whether they are Indigiqueer.

On pg. 8 of the survey, Grades 4-6 students are asked to describe their “current gender identity” in their own words and then pick from from several categories that include non-binary and trans – as if most would know at that age.

Question 55 asks students to determine whether they feel unsafe or afraid in 14 different spaces including all-gender washrooms.

One of the last questions asks whether students felt comfortable, confused, happy, heard/seen, uncomfortable or upset/sad answering the survey.

I’d be curious to know how many kids would be “confused” by or “uncomfortable” with some of these highly sophisticated and sexualized concepts.

The Grade 7-8 census is 26 pages with 97 questions, as if students failing math and literacy have nothing better to do.

The census hones in on mental health, identity and ethnic groups in the same way but compared to the one for the younger grades, takes a far more sexualized focus.

When the survey gets to the question on gender identity, students can select more possibilities including Genderfluid, Genderqueer and Indigiqueer.

They are also asked whether they identify as LGBTQ2QSIA+ and specifically whether they are bisexual, transgender, queer/gender-expansive, intersex, asexual or pansexual.

For heaven’s sake, these kids are probably just discovering their sexuality let alone being pansexual or gender-expansive.

It outrages me as a lesbian to read how the TDSB would endeavour to ram such concepts down the throats of vulnerable students.

The questions are intrusive, highly personal and what I believe to be beyond the mission of educators.

Schools are not a social science experiment. Kids are there to learn academics, not to have highly sexualized and in many ways, fringe, concepts shoved at them.

Parents should be outraged. The one saving grace is that the census is voluntary.

It would serve Russell-Rawlins and her administrators right if no one answered it.

Are you a Toronto parent who has concerns with this survey? Are these agendas being pushed in your kids’ school or classroom? Email us at [email protected]