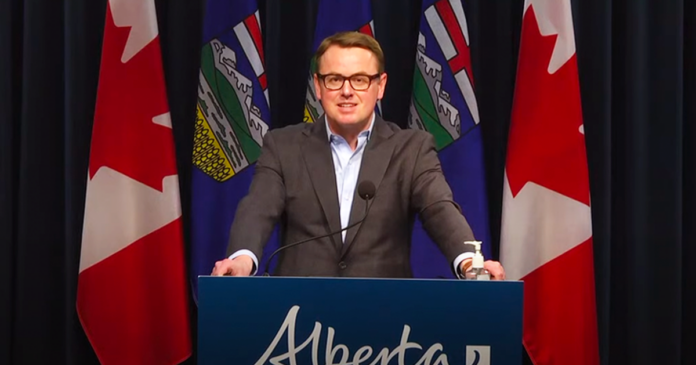 The 2022 Federal, Provincial and Territorial Ministers Responsible for Justice and Public Safety meeting occurred on Oct. 13-14. Such meetings typically conclude with a communiqué summarizing the meeting discussions and decisions.

However, Shandro said the federal government has informed the provinces and territories it’s withholding the communiqué “due to ‘lack of consensus on language.’”

“The disagreement over language centred on Alberta’s request that provinces opposed to taking police officers off the street to confiscate firearms be listed by name in the communiqué,” Shandro said in a statement.

In May 2020, Prime Minister Justin Trudeau announced he was banning more than 1,500 models of firearms, including guns explicitly used for sport shooting and hunting.

Public Safety Minister Marco Mendicino then wrote to the provinces and requested the help through their police.

As previously reported by True North, New Brunswick, Alberta, Saskatchewan and Manitoba called on the federal government to stop its plan to use provincial RCMP as confiscation agents at the federal-provincial meeting three weeks ago.

“We have made it clear to the Government of Canada that we cannot condone any use of those limited resources, at all, in their planned buyback program,” Austin said.

Shandro and Saskatchewan Chief Firearms Officer Bob Freberg had already revealed they wrote to their provincial RCMP and told them the gun grab program was not a provincial priority.

“We will be bringing these concerns, along with the shared concern of Saskatchewan and Alberta, directly to the federal government next month in meetings of Ministers of Justice and Ministers of Public Safety,” Goertzen said in a statement on Facebook in September.

Now that the ministers have brought their concerns to Ottawa, the federal government appears unwilling to relate them back in the official communiqué.

Shandro said Quebec is routinely mentioned in a communiqué when it’s opposed to a particular federal initiative.

“Apparently, a lack of consensus for the same courtesy to be extended to other provinces and territories was enough for the federal government to decline to issue a communiqué,” he said.

“Alberta has asked over and over again to be treated as an equal partner in Confederation, on par with Quebec. The federal government made it clear that it is unwilling and disinterested in even taking a small step in that direction.”

The minister also said the government’s unilateral decision to cease discussions on the release of the joint communiqué undermines the ability of Canadians to learn about key justice and public safety initiatives.