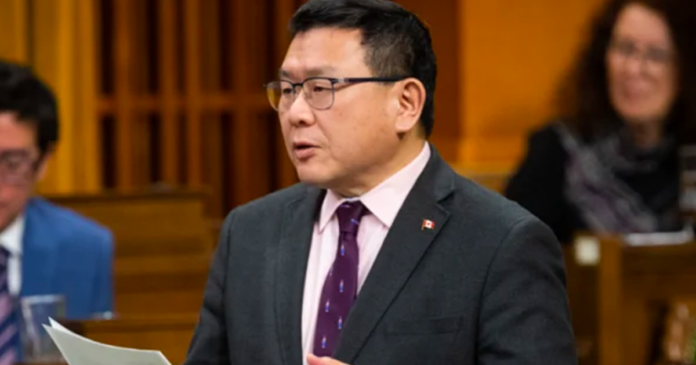 Former Conservative MP Kenny Chiu is slamming the Trudeau government over its lack of action in defending Canada’s national security against foreign adversaries like the Chinese Communist Party (CCP).

The CCP, says Chiu, “are infiltrating and exploiting our country’s weaknesses.” And more needs to be done.

Chiu lost his British Columbia riding of Steveston – Richmond East in the 2021 general election. He asserts that this was the result of being targeted by a CCP disinformation campaign that portrayed him as anti-Asian. (Chiu was born and raised in Hong Kong, and moved to Canada in the 1980s.)

In comments made to True North, Chiu said that despite being briefed on China’s interference in Canadian politics, the Trudeau government has set the issue on the sidelines with nobody in power paying attention.

This past January, according to a recent report by Global News, Canadian intelligence briefed Prime Minister Justin Trudeau and cabinet ministers on an extensive operation by the CCP to subvert Canadian public opinion and election outcomes.

Among the allegations, CSIS asserts that in 2019, at least 11 federal election candidates accepted money from the Chinese Consulate-General in Toronto, facilitated by an Ontario MPP and campaign staffer. The amount transferred has been estimated at around $250,000.

While no names were given, the CSIS report did implicate both Liberal and Conservative politicians as being involved, according to Global News.

Chiu says that Canada does not have the legal framework necessary to fight against the Chinese regime’s attempt to manipulate the Canadian electorate to the CCP’s advantage.

“Espionage laws have not been updated to the 21st century to fight against the asymmetric information warfare that has been launched against Canada,” he says.

Chiu has been a prominent voice against foreign interference in Canadian politics in the past, tabling an ultimately unsuccessful private member’s bill in the House of Commons that would have created a public registry for anyone working with hostile regimes.

The CSIS brief confirmed that the Chinese regime investigates and actively tries to subvert MPs that act against their national interests.

Chiu says, “the opponents that we are facing, they don’t don a black coat and an umbrella; the stereotypical spy type.”

He’s now urging the federal government to do more than pay lip service and virtue signal on foreign interference and election integrity. Instead, they need to take action and defend Canada’s social fabric and democracy.

Chiu says his proposed legislation was a bare-minimum safeguard that the Trudeau government’s refusal shows weakness to countries that would like to exploit Canada and sullies our reputation among allied nations.

He points to the 2021 establishment of AUKUS – the international security pact between Australia, the United Kingdom, and the United States – as evidence that Canada’s allies are excluding the country from critical international partnerships.